For the past month I had a wee poll on the site asking people what their favourite surf wax was… the response wasnt massive but I put this down to it being the first month of the blog being online… so hopefully activity will pick up for the next poll! 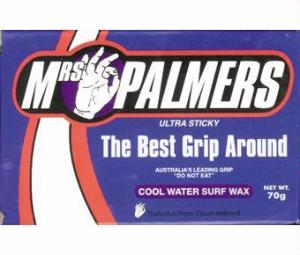 The result was conclusive, the most popular surf wax was Mrs. Palmers taking 46% of the votes, in second place was Mr. Zogs Sex Wax with 23% of the votes and joint third were Sticky Bumps and Paddy Wax with
15% of the votes each.

I’ve tried a good few different surf wax’s but my favourite has to be Mrs. Palmers. I think a lot of the other wax’s smudge on the board and dont give you those bumps your after.