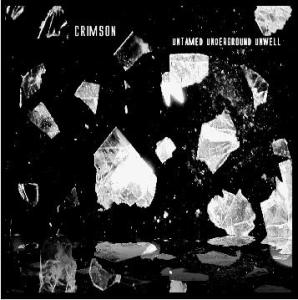 Crimson will officially launch their album ‘Untamed Underground Unwell ‘on Saturday June 19 in The Stables, Mullingar. I went to school with these lads and they’re well known around the Midlands for their impressive live music sets and their charming personality.

Crimson spent many years covering some of their many inspirations such as Led Zeppellin and Metallica but in recent times have broke this trend and are releasing their long awaited debut album.

For more information on the band check out their myspace page and get to the Stables, Mullingar this Satruday night 19th June for the album launch. Tickets are only €10 and this includes a copy of their album along. Suport acts on the night will be Dylan and the Deadbeats, P45, and Anorexercist.

The album will go on release from next weekend at selected shops and via download on the guys my space page.

I’ve included a few tracks from the new album below, ‘Blame’ is probably my favourite tune from the three… I’m sure the album will do well and if you want to download their first track ‘For You Morose’ go to Downloadmusic.ie.