There has always been a trust among the surf community regarding belongings… especially cars. I don’t think this trust has declined or that it should but one thing is for sure it is no longer safe to leave the keys of your car un-secured under the wheel arch. However I don’t believe it is our fellow surfer we have to watch out for!

Thefts seem to be on the increase in recent times, be it the recession and people are desperate for money or the criminal population in the country is growing. Whichever it is, looking after your belongings has become a major issue for everybody. 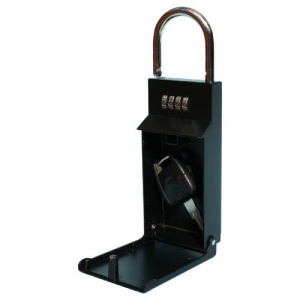 Until last Christmas I would leave the key of my car under the wheel arch at every surf location I went to, it was just the thing to do and most other surfers would do the same… where else were we going to put it? definitely couldn’t bring them into the water with us!

Last year I became one of the increasing number of surfers who owned a Keypod to securely hold my car keys while I’m in the water. The Keypod has a four digit combination padlock with an integrated storage cavity. Basically open the lid, place yours keys or whatever you want to store into the cavity and lock safely onto the under section of your car.

This time last year two girls that were down to Tullan Strand from Dublin for the day came out of the water after a session to find that their car was stolen! The girls weren’t left stranded however; a lot of the locals and fellow surfers helped them with clothes, food, showers and a lift home… great generosity. The full story can be seen here.

A lot of websites stock the Keypod, it retails for about £19.99 Sterling – here is a link to the Magicseaweed shop. Hopefully we won’t read too many more stories of car theft while people are out catching waves.