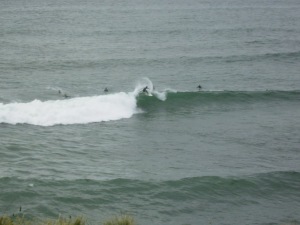 I’ve finally recovered!… so in it’s third year Seasessions is really stepping up to the plate. I was at it the first year back in 2008 but this time it was in a bigger league. Having Friday and Monday off work was sweet… nothing better than an extra long weekend.

Paddy and Myself left Mullingar about lunch time on Friday and although I was nearly sure Streedagh wasn’t working I still had to pay a visit… it’s one of my favourite beaches. We got to Bundoran and met a few of the girls at the apartment we were settling in for the weekend, the Summerhill Apartments, these were pretty good – nice and spacious and smack bang in the centre of the town. 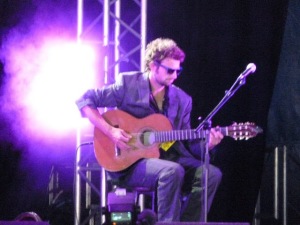 Friday night was the start of the festival and there was a real buzz around the town. Fred was the first act I saw… they were pretty good but was followed by a very enthuastic Fun Lovin’ Criminals… these guys attracted a huge crowd and got everyone jumping mad with ‘Scooby Snacks’!. After that I settled for a few beers sitting on the beach watching the waves roll in with the festival music pumping in the background… nice way to finish off the night! 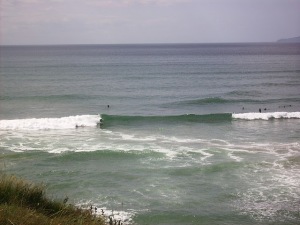 With a tired head on Saturday morning there was only one thing for it… Tullan Strand for a few waves. We hit the water for about an hour and it was full with all sorts from total beginners to top surfers. the waves were coming in at about 3 foot with some bigger ones on occasion. I got out back and caught a couple of nice ones… most notable was a 3 footer which held up nicely for me and i got a clean ride along the face… I was among some really good surfers out back so I was trying my best not to mess up! I caught a look at some of the surf competition under the cliffs at Tullan.. a bit of footage in the video below. 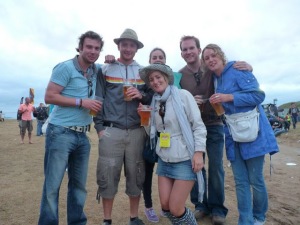 Saturday night had the main line up but i wasn’t impressed that Director and Paul Weller were clashing… I went for Director who rocked the North Shore tent with tracks like ‘Reconnect’… I managed to get the last 20 mins of Paul Weller including his infamous track ‘Wild Wood’… excellent!

I just wasn’t able to surf on Sunday… it’s tough living the festival life and trying to get out surfing at the same time. There was plenty of activity going on all weekend, the BMX biking was pretty cool and the music started for me with Tucan at 3pm, I’d totally recommend these guys. We also caught James Vincent McMorrow and Cathy Davey who were both very impressive.

Vacating the apartment at 10am on Monday morning was tough!… but it meant that Paddy and Myself could get out for the final surf of the weekend… Tullan again was the only place working but it wasn’t too bad with a small crowd out and little or no wind. Stayed surfing for about an hour… the couple of nice waves I caught and the tepid water refreshed the body and mind for the journey home!