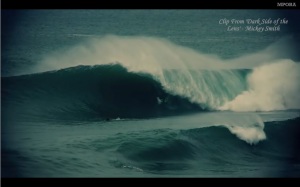 This festival has been running just 2 years but has grabbed the attention of film makers and enthusiasts the world over with entries from some of the biggest and best film makers across the globe.

The ‘Dark Side of the Lens’ was also up for an award at the first ever Canadian Surf Film Festival and won the category ‘Best International Short’.

This second award reinforces the fact that is is a top quality production worthy of the highest praise. 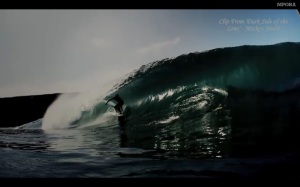 I’ve only recently thought about and started to step into the wide and amazing world of surf photography… I’m a toddler in a field of masters but this film and the work of Mickey Smith would inspire anyone to grab their aspirations by the scruff of the neck and drag them into life.

This is an amazing film… it captures your imagination and pulls you into another world. Check it out below, I can’t see anyone disagreeing!

Lets hope Mickey and his crew have more films from the forthcoming Winter!