Despite a barrage of media reports claiming that the largest wave ever recorded off the coast of Ireland had been surfed, this is not the case. The waves were certainly big, and heavy but were nowhere near the size of 67ft as reported. This does not take away from the achievements of these surfers in the slightest. New boundaries were being pushed with likes of Fergal Smith and Tom Lowe paddling into these waves. Often the media gets carried away about the size of big waves but generally hollow waves are more dangerous than big waves but this swell combined both. 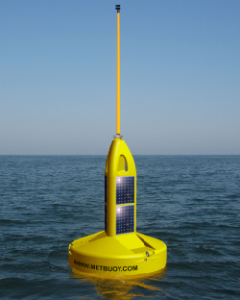 Met Eireann, on Tuesday December 13th reported the record 20.4 metre (67ft) wave which was recorded by the M4 weather buoy at 14.00. This is the highest maximum wave recorded in Irish waters,” Met Éireann reported.

The M4 Buoy itself is located 44 Nautical Miles (about 50 Miles) offshore.

Although the wave height recorded out at sea and the actual breaking height at shore are considerably different, the potential size of a wave like this hitting a reef such as Mullaghmore at the right tides, swell direction and wind conditions is enormous.