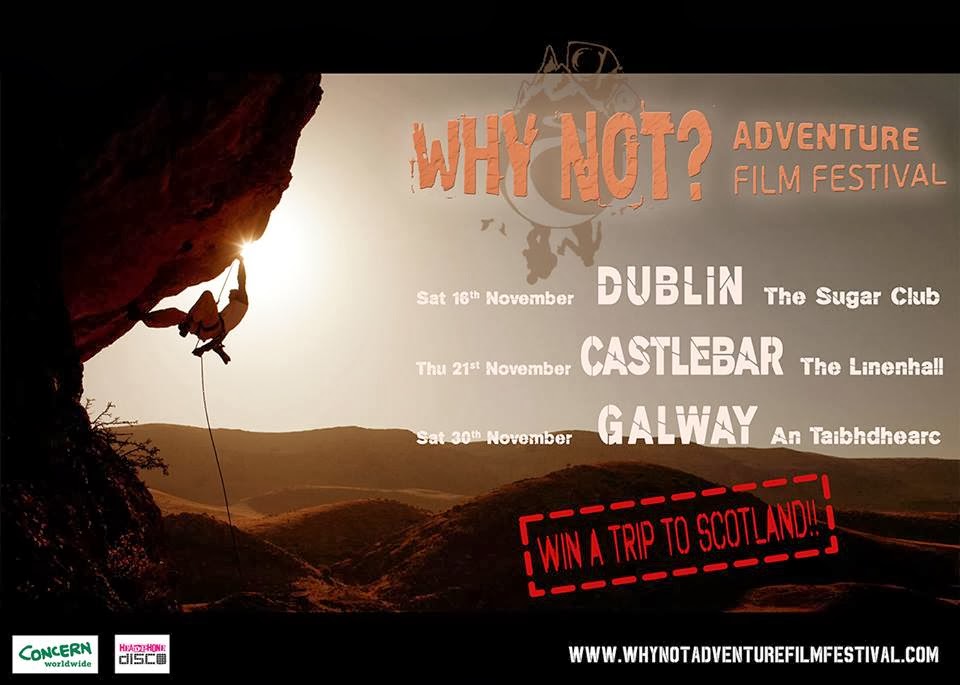 The Why Not? Adventure Film Festival is coming to Dublin’s Sugar Club/ Galway’s Taibhdhearc theatre/ Castlebar’s Linen Hall Theatre this November 16th/21st/30th.
This year’s festival will screen award winning daredevil adventure sport films from Ireland and across the globe. This selection of feature length and short films includes one/two Irish premieres such as McConkey and Arrival (Dublin only)
McConkey tells the story of free-skiing and ski-BASE jumping pioneer Shane McConkey who passed away tragically aged 39. Luckily for the rest of us, from his earliest days, to his big yellow “handicam” in college, to his budding life as a ski film star, Shane wrote his own movie. The red light was always on. Over a thousand hours of archive material were the building blocks of a film described by the New York Times as both ‘inspiring’ and ‘heartbreaking’. Join us this November and learn what drives someone to take such risks for the sake of progression.
Further information:
When: Saturday November 16th & Saturday November 30th 2013.
Times: 1300-2000 Dublin, 1900-2200 Castlebar and Galway
Where: The Sugar Club, Leeson street, Dublin 2/ An Taibhdhearc Theatre, Middle Street, Galway/ The Linen Hall Theatre,
Website: www.whynotadventurefilmfestival.com
Mc Conkey Film Preview:

Other films to premiere at festival: Arrival  – http://anthillfilms.com/2013/10/trailer-secondbase-films-presents-arrival/

Dusty the Dolphin must be treated with respect!