So the famous Prowlers Wave off the coast of Sligo has now gone crazy viral again as it awakened from its slumber on Monday last. The last time it was surfed or known to be surfed was back in 2010 and by now we have all seen the Superb photos by Aaron Pierce (Liquid Storm).

Here’s a land shot I took of the wave early last Saturday morning, its about 1.2miles away and only half the size that it was surfed on Monday. I think its still an impressive site from this distance. 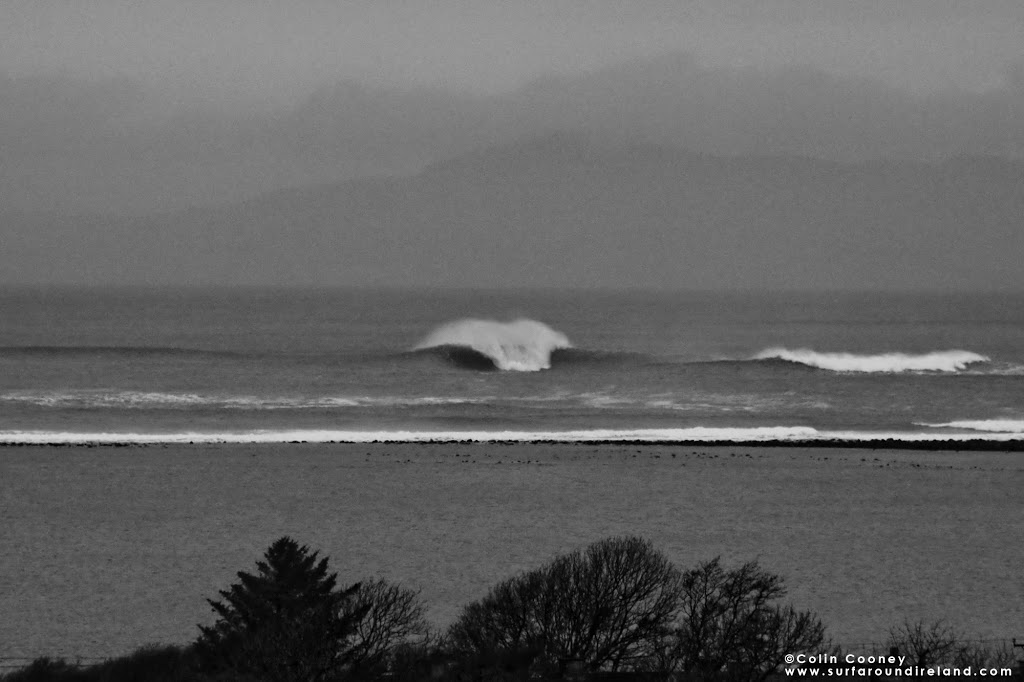