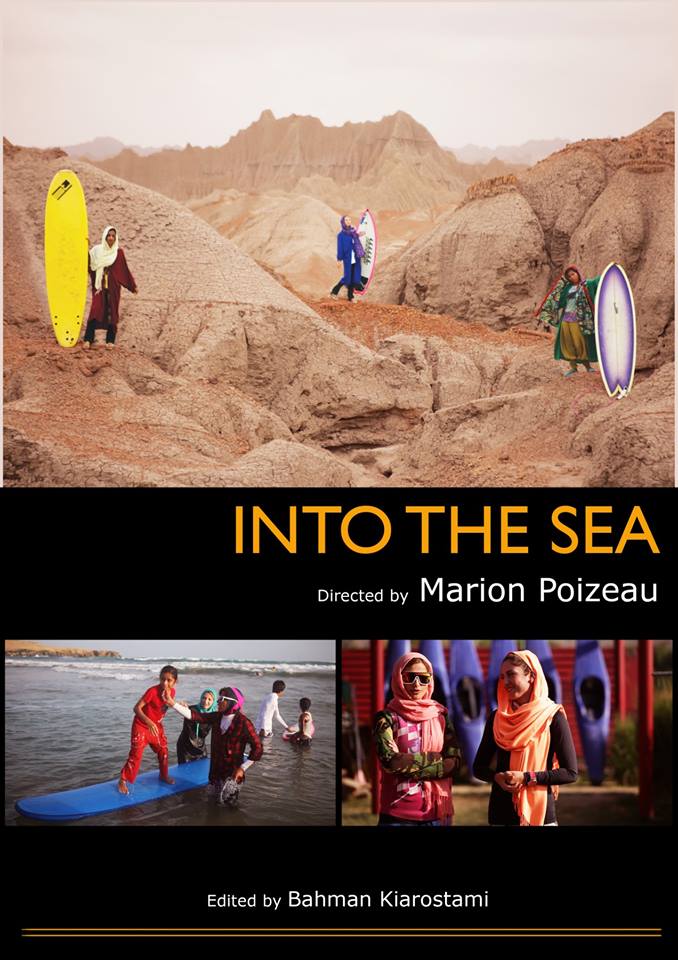 Tonight, Friday 16th January 2015  @8.30pm
At the Cineplex in Bundoran you will get the chance to see the Irish Premiere of Into The Sea. The documentary shows how three young women – Irish pro surfer Easkey, Iranian pro snowboarder Mona and Iranian diver Shalha are introducing a new sport in Iran: SURF.
Through the eyes of these three main characters, the viewer experiences the journey from a unique and unusual perspective full of heart and emotion. After introducing the three characters, the film reveals their journey to the remote southeastern region of Iran,
Baluchistan, where Mona and Shalha are going to learn to surf with Easkey. All three share a passion and belief in the power of sport, especially surfing, as a way to break down social and cultural barriers, and to connect with others.
The film shows how these three young women are encouraging more people to join them and how surf is becoming accepted and practiced by the local Baluchi community. Their enthusiasm for this new sport and excitement at the opportunities it could offer grows.
Together they are planting the seed of surfing in Iran and making history by creating the first Iranian surf club. The film also captures the diversity and complexity of Iran, documenting the contrast between the rural, traditional region of Baluchistan and the capital city of Tehran, where sport is already well developed. The capacity women have to follow their passion and practice sport in these different places is documented. Through the eyes of these young, pioneering sportswomen the film explores why it so important for women to practice sport and how the apparently simple act of surfing can become a powerful creative medium for change. Easkey will also be having a Q&A after the screening