“Ireland is a fickle beast when it comes to surfing, constantly changing winds and pulses of swell, because of this when there is a small window where everything comes together, you just got to go.”

With the weekend near I started to check out the surf forecast. I try not check it too much midweek, it sucks to be at work knowing its going off but with a sizeable swell and questionable winds for the weekend it looked like a session could be on the cards.

We checked the surf report again Friday evening and there was potential for a small window before noon. We called it and decided to head to the North West in the early hours of Saturday morning.

People who don’t surf  never really understand why one would get up at 4am, drive for 3 hours and jump into the refreshingly cold Atlantic in the winter while most of the country is still wrapped up in bed. Ireland is a fickle beast when it comes to surfing, constantly changing winds and pulses of swell, because of this  when there is a small window where everything comes together, you just got to go.

I met Rob at his place just outside Ennis and threw all the gear into his van, his turn to drive 🙂

It’s a long trek to the NW of Ireland from Limerick and a journey that doesn’t get easier over time, it just seems to take forever.  We arrived just after first light to a pumping left and right. The size was bang on what we were expecting, 6 foot faces on the sets for the right and pushing 8 to maybe 10ft faces on the left.  We opted for the right.

We got a 5 hour session in before the wind picked up big time, bang on the mark just as the report predicted. We scored some great long rights with a rip able wall holding up for most of the way in. It was a bit shifty with some sections closing out but pick the right wave and your efforts and patience were rewarded. By now trying to get down the face of the wave while been blinded by spray was a mission in itself. Numb fingers and toes had well set in so we called it a day. But a great day, surfing in Ireland.

Three lads had got in on the left and were charging hard despite the strong winds.  We watched the lads for about half an hour and rattled off a few shots.

We hit the road for home feeling tired and cold but stoked…. 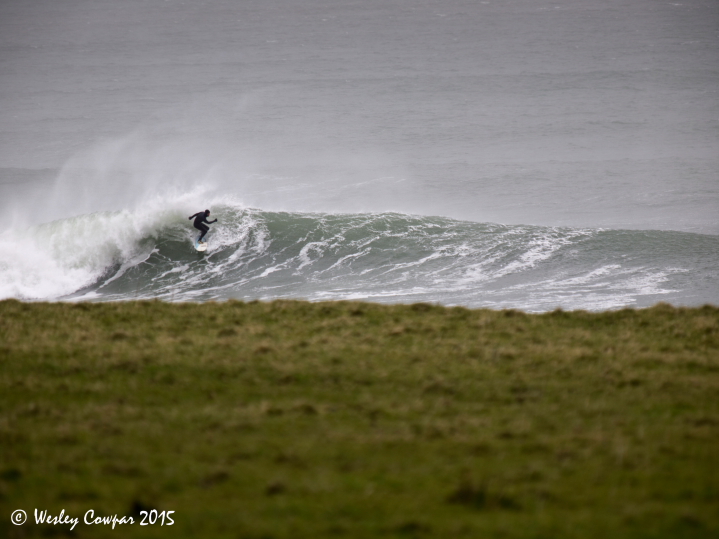 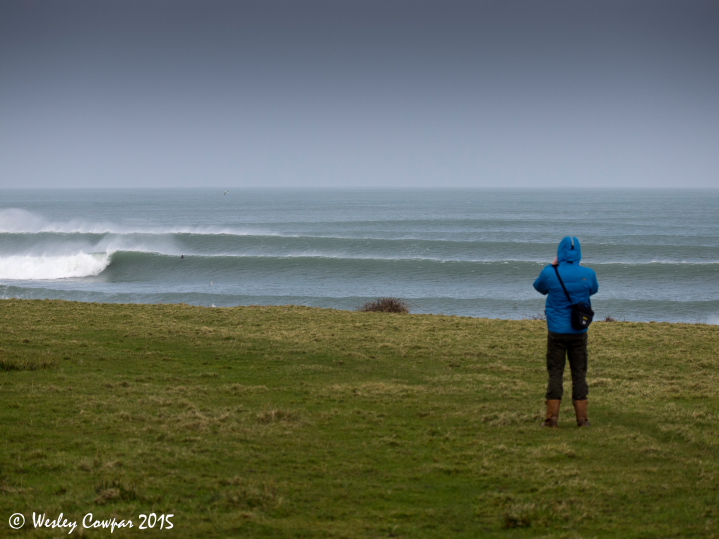 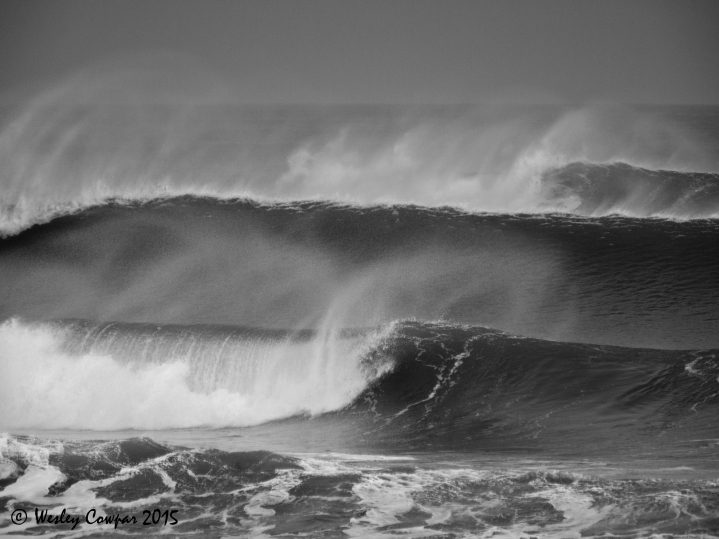 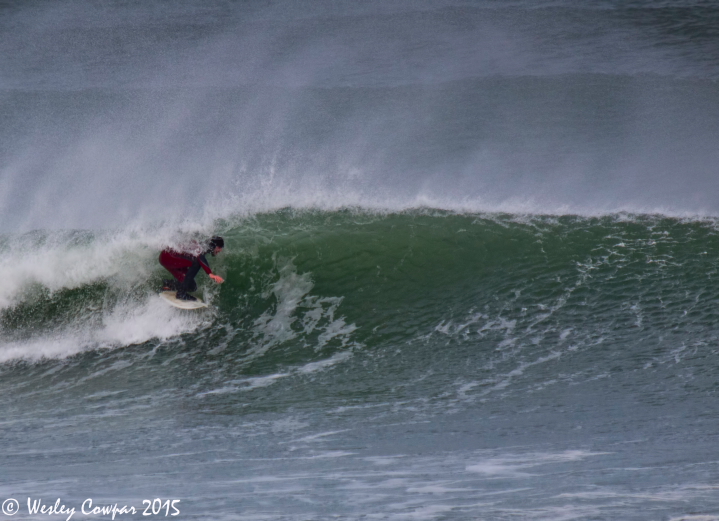 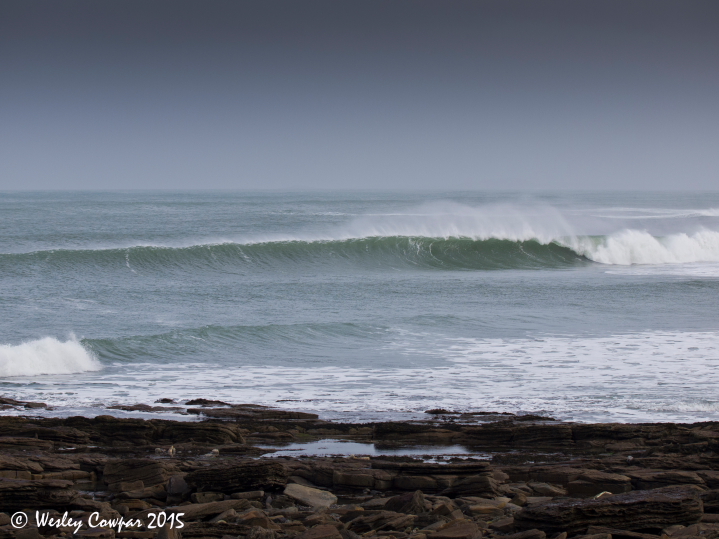 The Right where we surfed for 5 hours © Wesley Cowper 2015 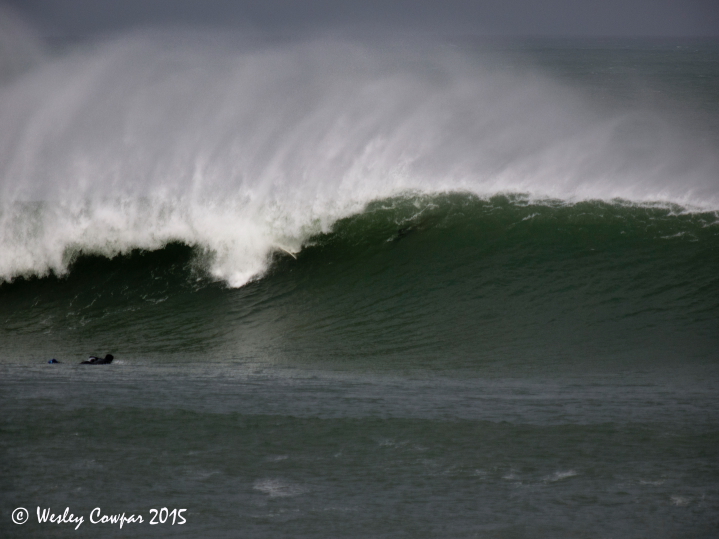 Sizable Waves but so much fun © Wesley Cowper 2015