As the winter approaches relative new comer to the big wave scene, Seamus O’Riain, has been training hard and putting in the hours with tow partner and Jedi master of Big wave surfing,  Peter Conroy. Peter is a well known fireman and Co. Clare native, while Seamus hails from Tipperary town, known more for its hurling stars rather than big wave surfers. Spending his early summer years with his family and friends in west Clare gave him a passion and love for the sea. Now, as a trained lifeguard, he spends most of his time in the Banner County on the chase for the Atlantic swells. 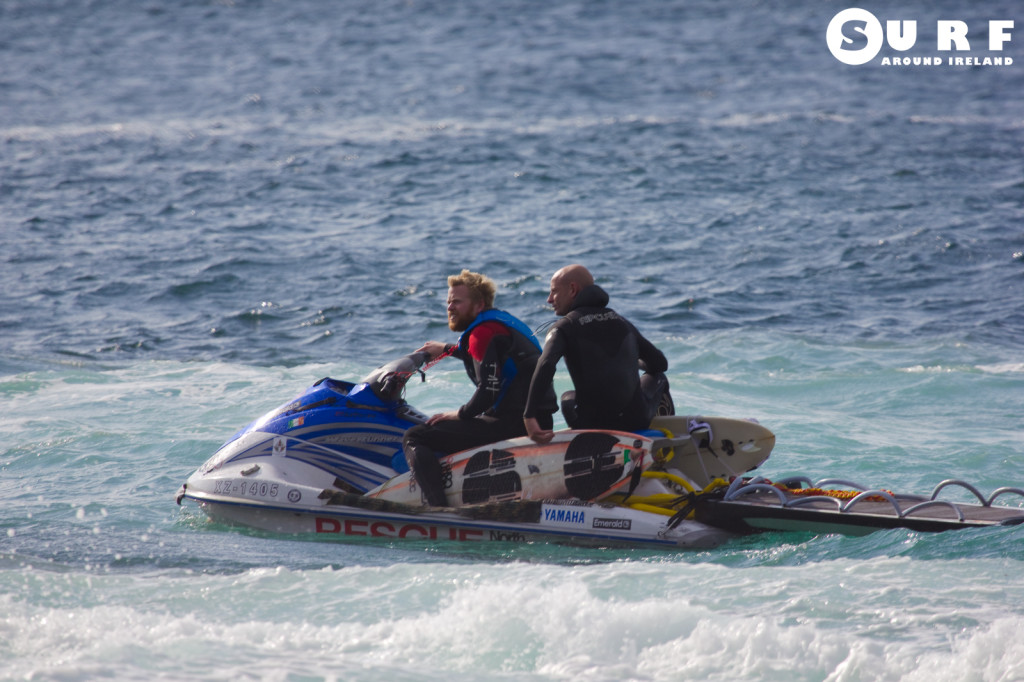 Peter Conroy: “This was a great Session to get out for, I was in work for the night before and I remember looking at the charts and was feeling really excited about the forcast. I knew I wouldn’t make it down for the Cliff Session so i set my sights on surfing Reilly’s later on in the day. Myself and Seamus set out with butterflies in our stomachs and when we arrived the excitement heightened as we looked down on slabbing 3-8ft bombs! A good session was on the cards!” 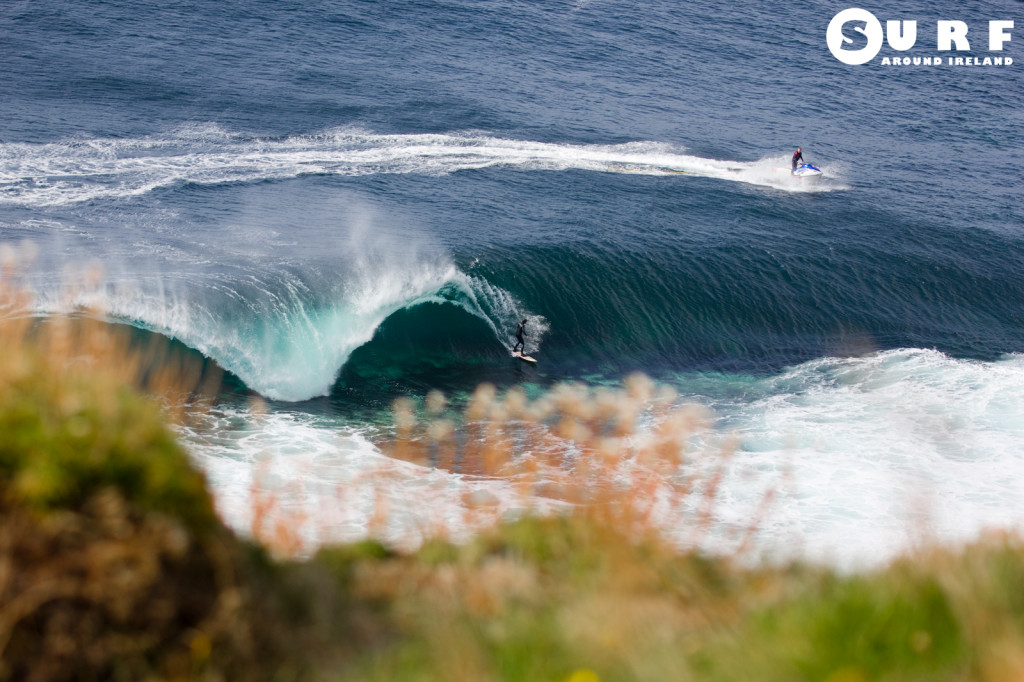 “This was only my 5th time towing here so trying to find the barrels is always tricky as you don’t want to be too far ahead or too far behind it. It was tough to master at the start as it was so shallow..” 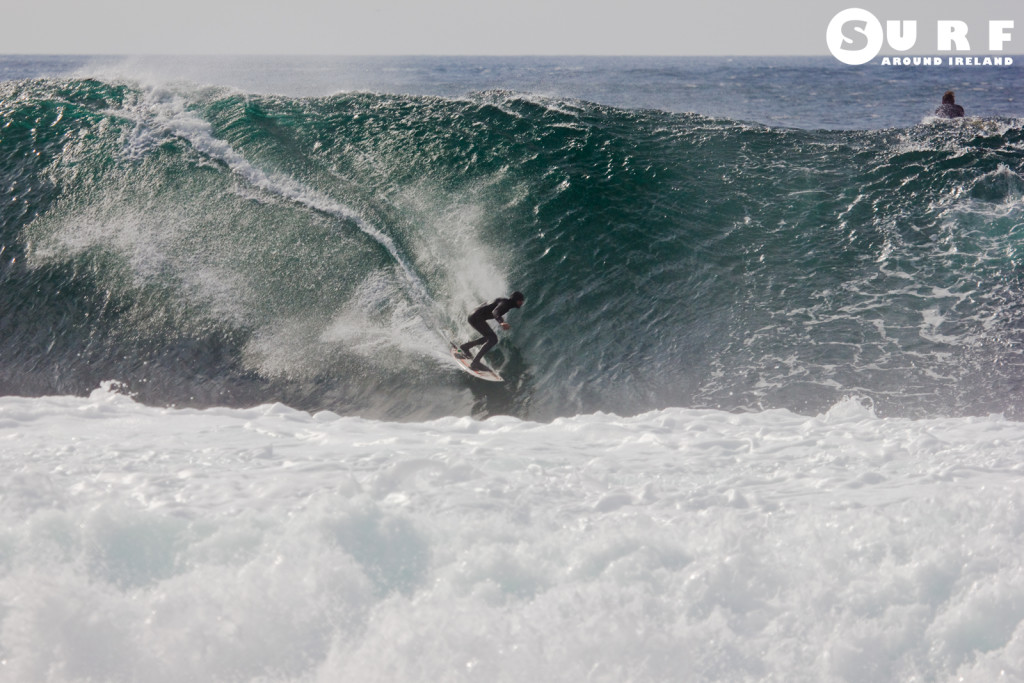 “Setting up, looking down the line to see if there’s enough water on the reef and hoping ill make it in ….and out…” 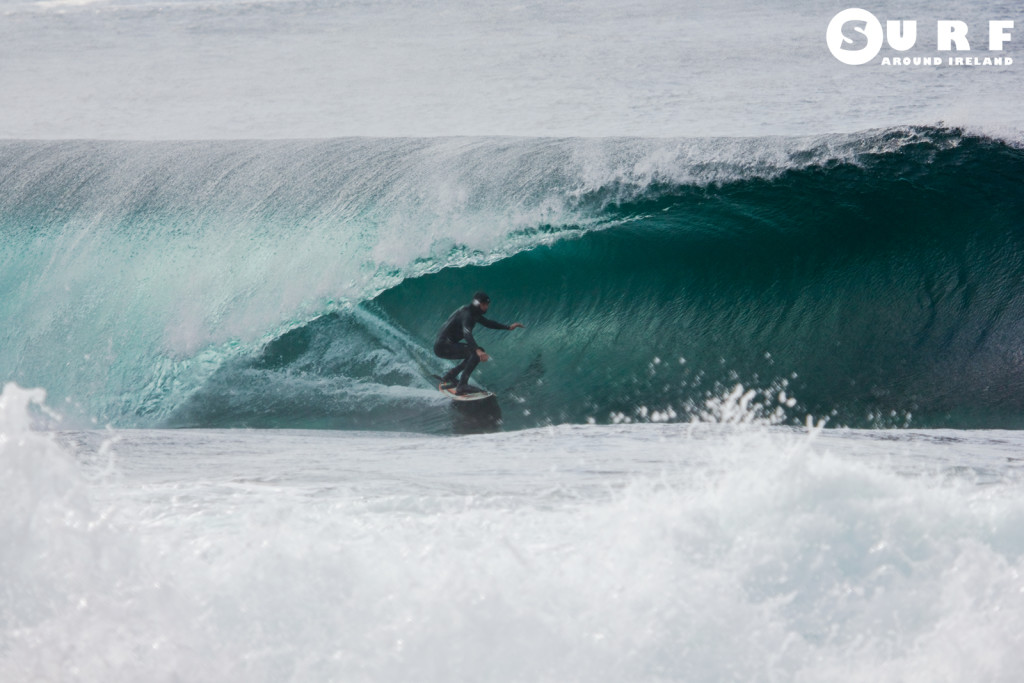 “The fruits of all our labour, a nice clean barrel with loads of tube time. Its hard to explain how fast the water sucks off the reef….something you cant explain I suppose until you experience it yourself”

Seamus O Riain “What can I say.. Another amazing day had out in one of my favourite spots, with good friend and all round sound guy Peter. It’s such a rush being down there, the power and energy is incredible and to top it off with a group of sound lads and some sunshine. Life doesn’t really get much better! Without giving Peter too many compliments it’s amazing being out there learning the ropes from him and with him. He has great patients when it comes to teaching me and others and his enthuasiam is relentless! To top it off there is nobody as well qualified as Pete to keep a close eye. It’s so good going out surfing with him because he just wants to have fun and get a good one or maybe two.

This was my third tow session down in Rileys, and my best one I think. I definitely felt more relaxed than the previous sessions which was good and the sunny warm and glassy conditions definitely helped.

I have been training a bit this summer with the lifeguarding crew twice a week, then plenty of messing or accidental training as I like to call it so that keep the body some bit ready! I think it’s about spending as much time as possible in and around the water that stands to surfers. Also watching, the waves and other surfers. There is no shortage of amazing surfers in Clare to study and learn from.” 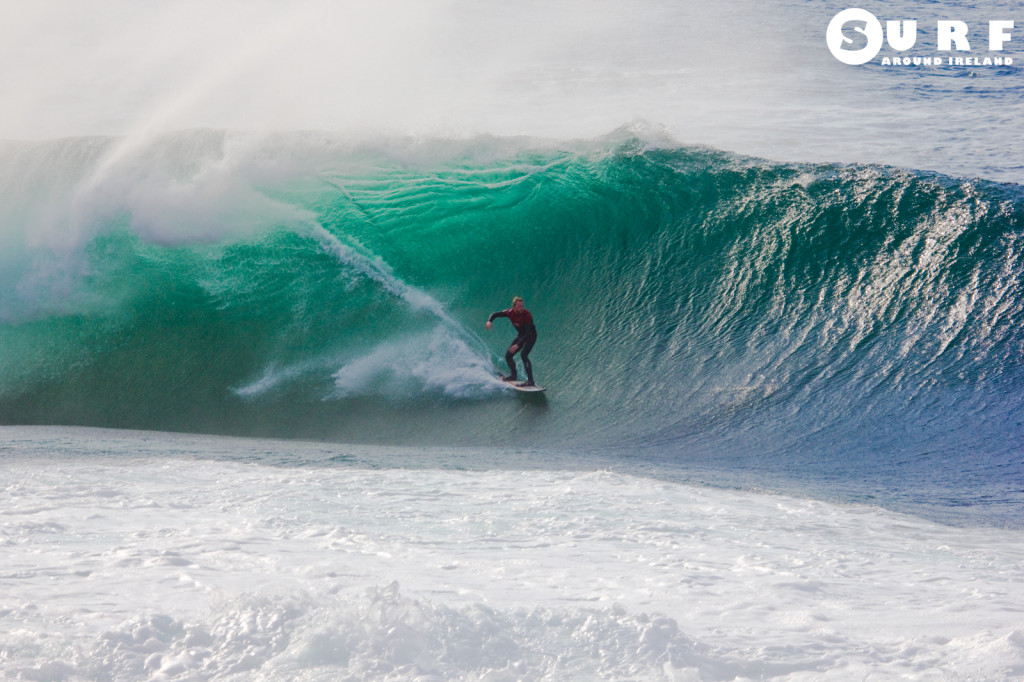 “I found myself too far ahead of the wave a few times. I guess it’s the survival part of my brain taking over, a little more fight and a little less flight might provide more tunnel vision.”

“Hmm this was one of my bigger waves and it was my intention to flight on this one.. I wasn’t hanging in the pocket to fall on this one!” 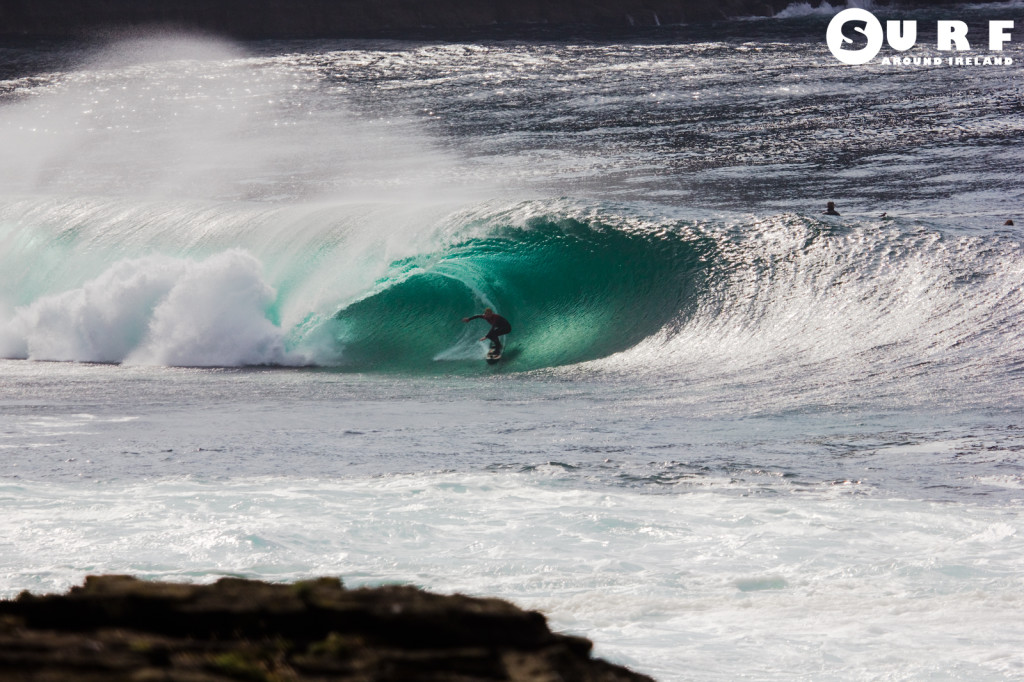 “This pic I like. My best wave of the day and I think I got somewhere between 1.9 seconds and 2.3 seconds of tunnel vision on this one.. If only I could slow down time.” 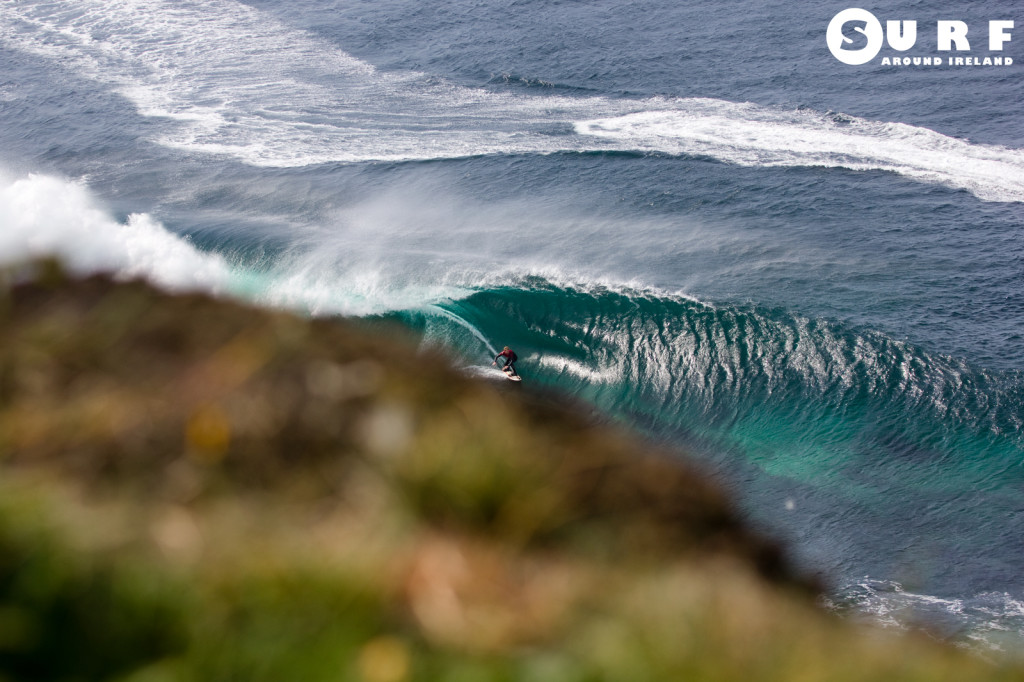 “I remember this wave fairly clearly. The lip under the lip is a sight to behold, however unnerving as it is it’s a welcome distraction from the shallowness of the slab ahead and below.”