Not Ideal conditions but some perfect waves scored!

After all the storms lately it was nice to see a few days of offshores on the horizon! On paper it looked perfect, a fairly long fetch swell with favorable winds and tides. I was convinced it was a done deal and there would be surfers running down the goat trail for a session at the cliffs. When i got there however it was a different story, tides hadn’t come to their best yet but most of the surfers weren’t 100% happy with how the waves were breaking! Sometimes looking at it for too long messes with your head I heard a few guys saying.

After much deliberation a sizeable crew made the treck down the side of the giant cliffs and the long paddle out to see what was presented to them from the water. Most of the crew were rewarded with some beauties. The lineup included some of the usual faces of Matt Smith, Fergal Smith, Ollie o’ Flaherty, Hugh Galloway,  Dave Blount, Patch Wilson, Tom Lowe, Tom Gilespie with visiting Spanish surfer Juan Diez Teran getting wave of the day.

Here’s a few shots from the session: 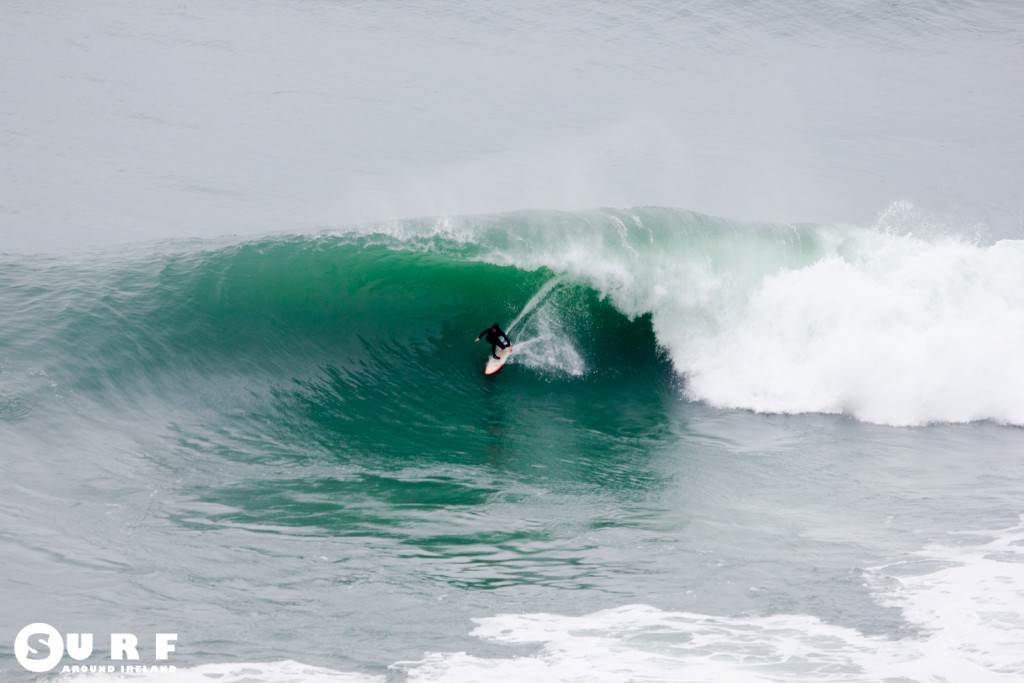 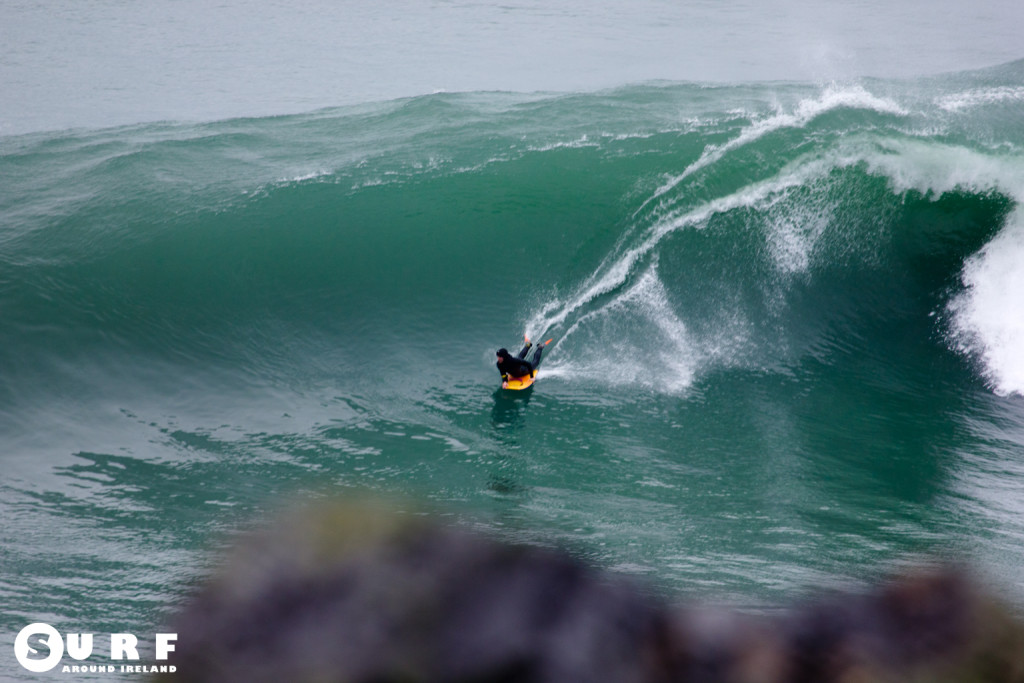 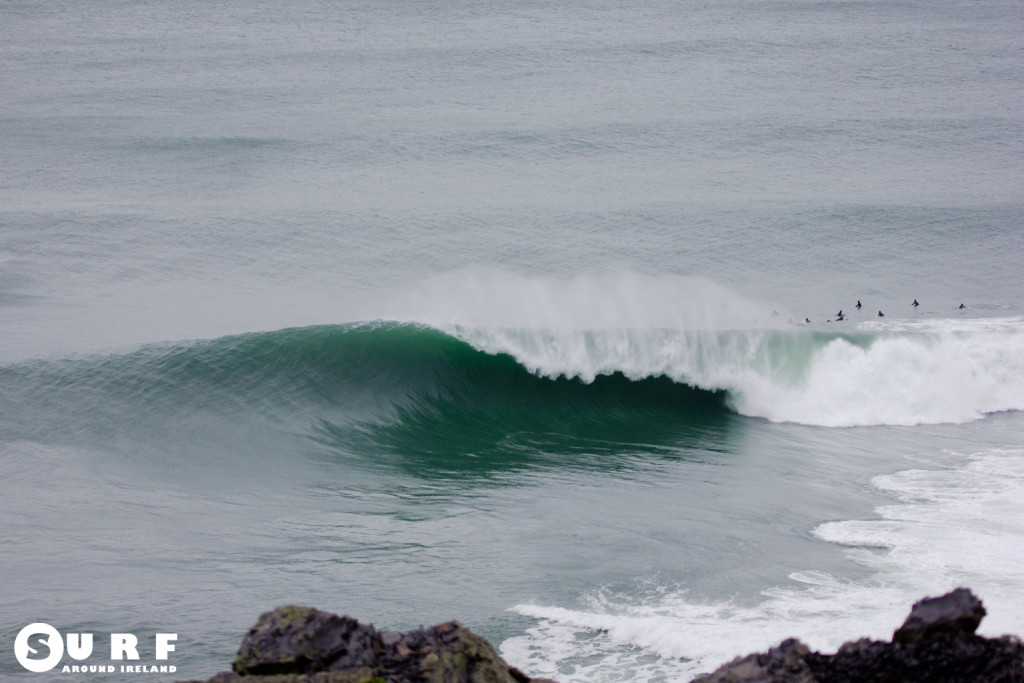 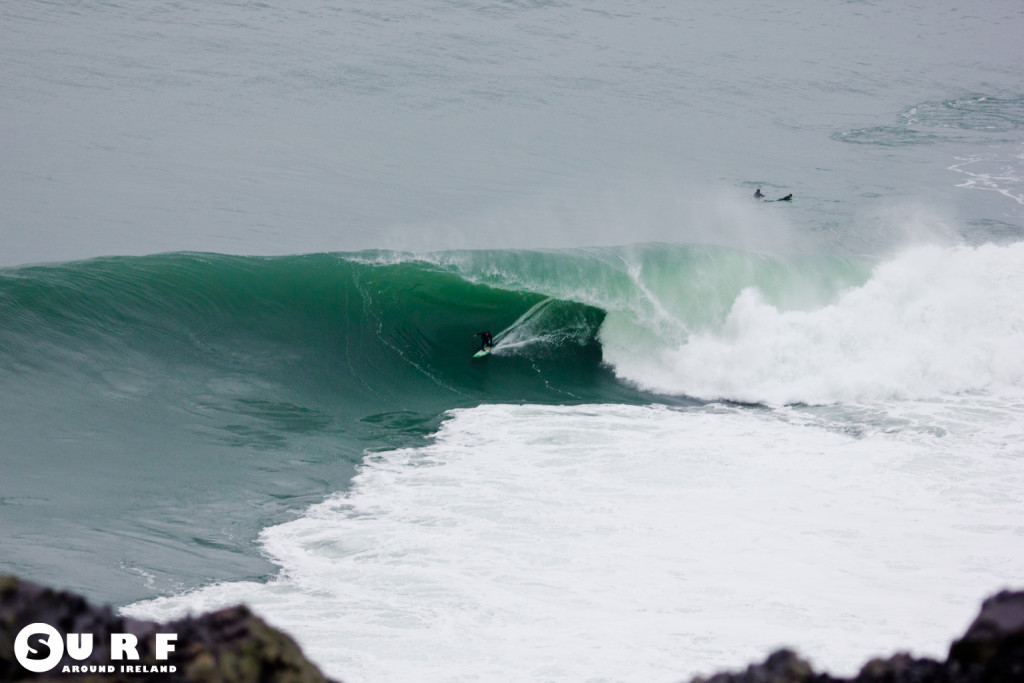 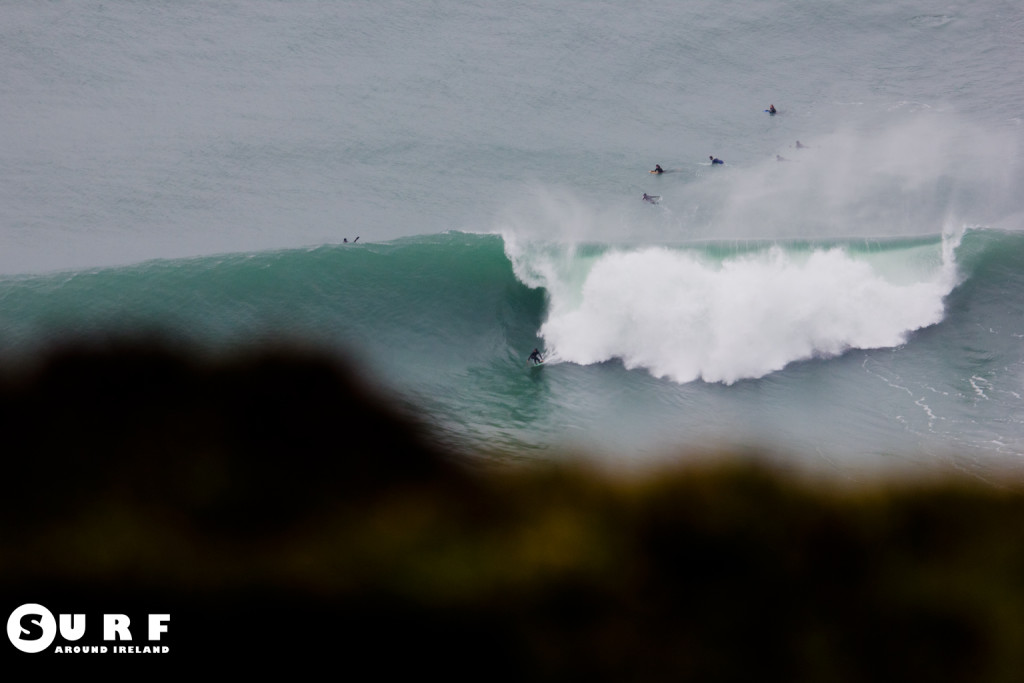 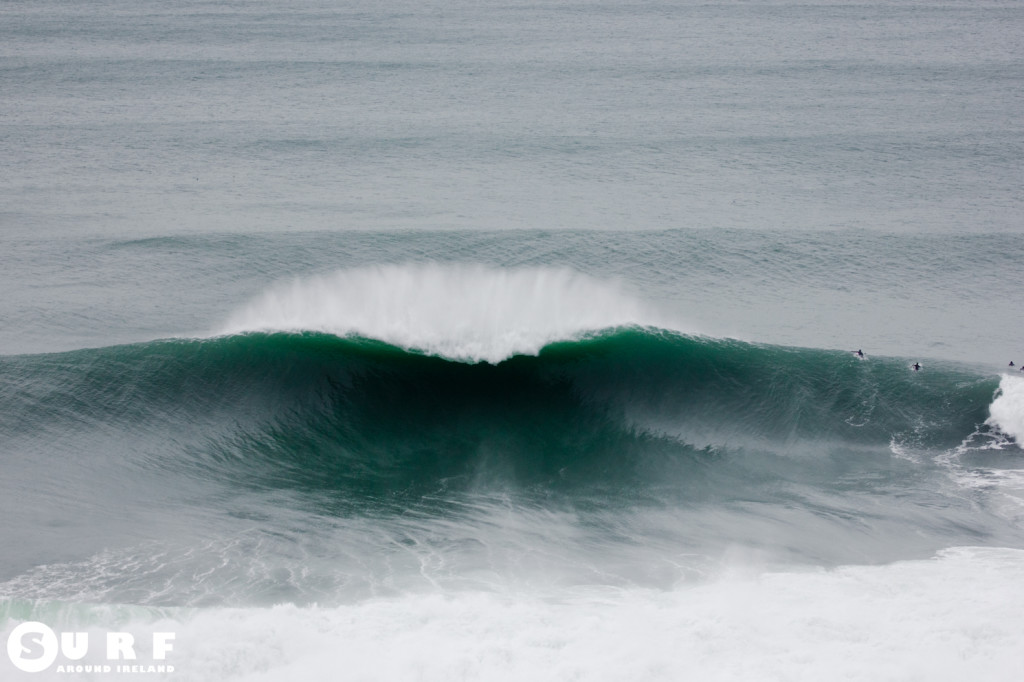 Some really massive ones rolled in at times 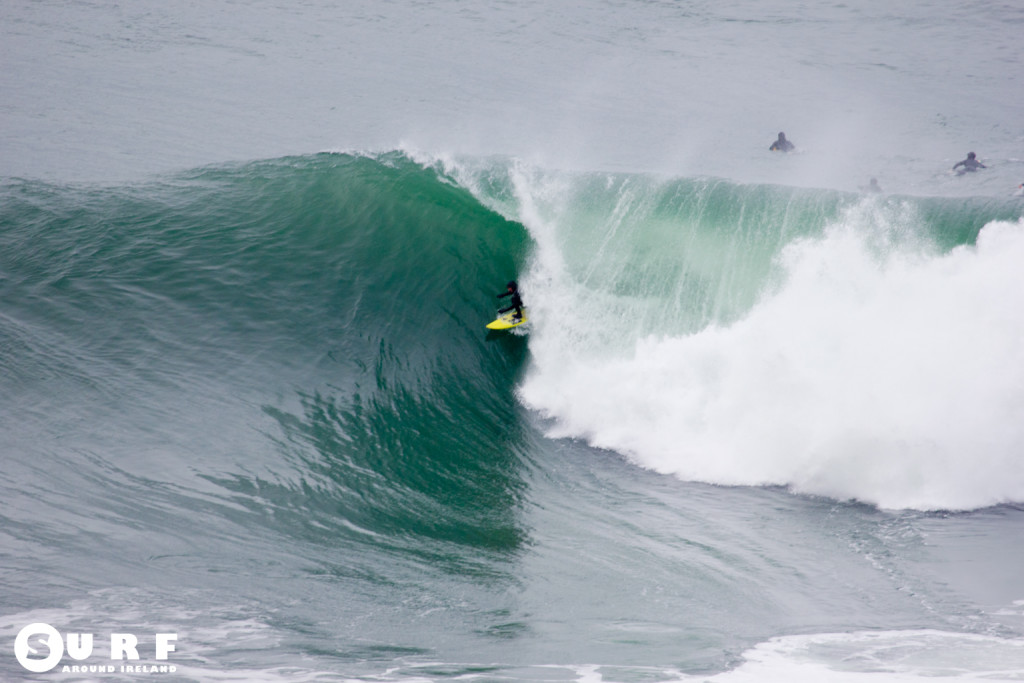 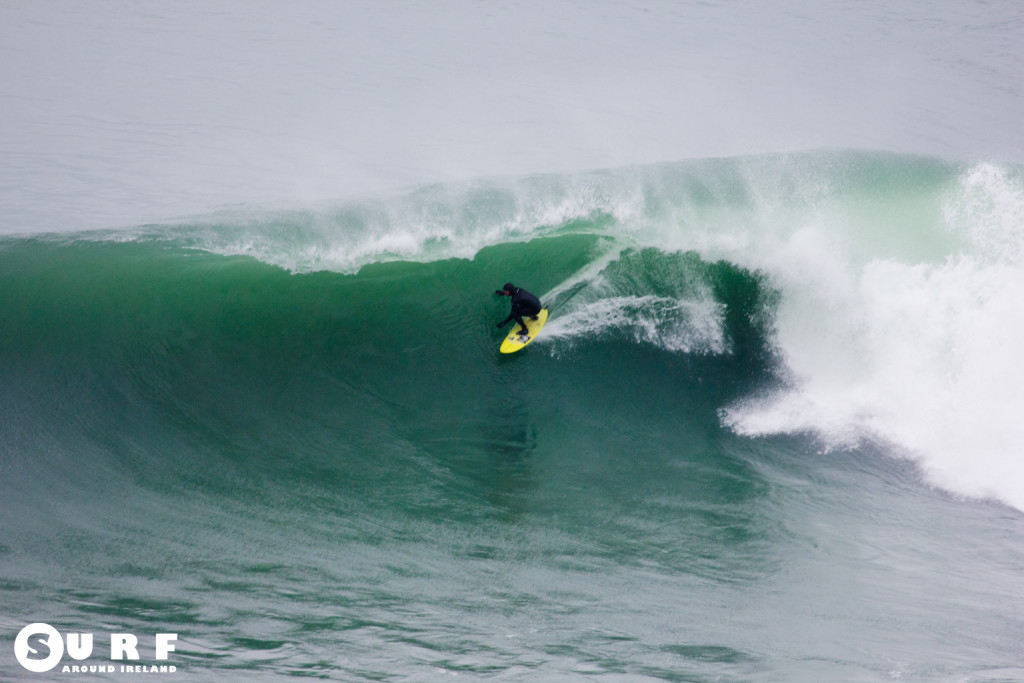 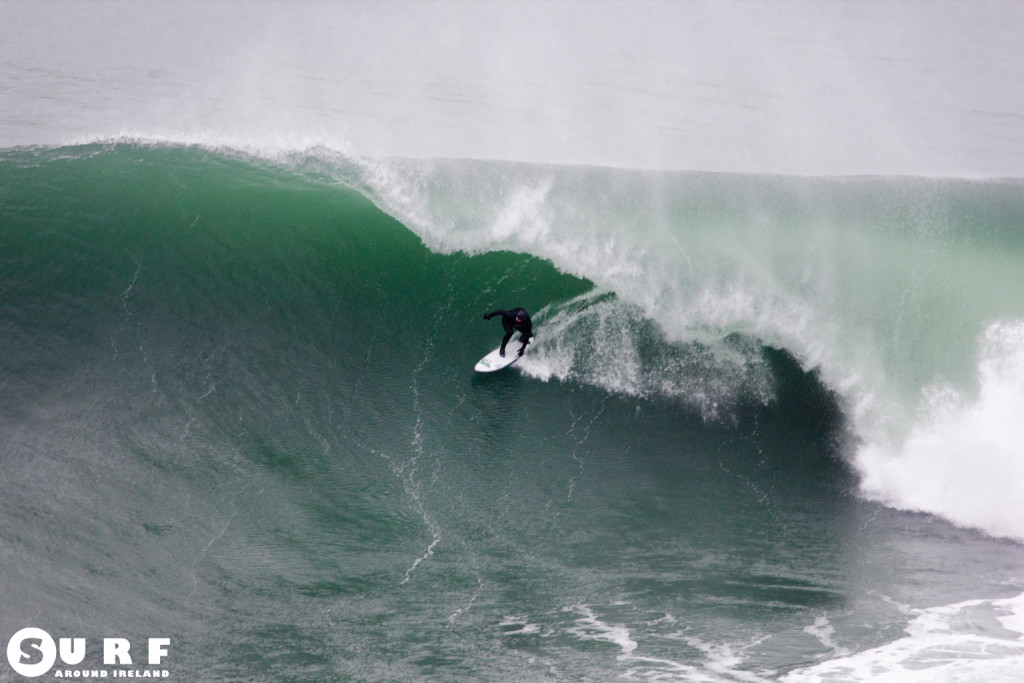 Ollie O Flaherty before the lip took his head off 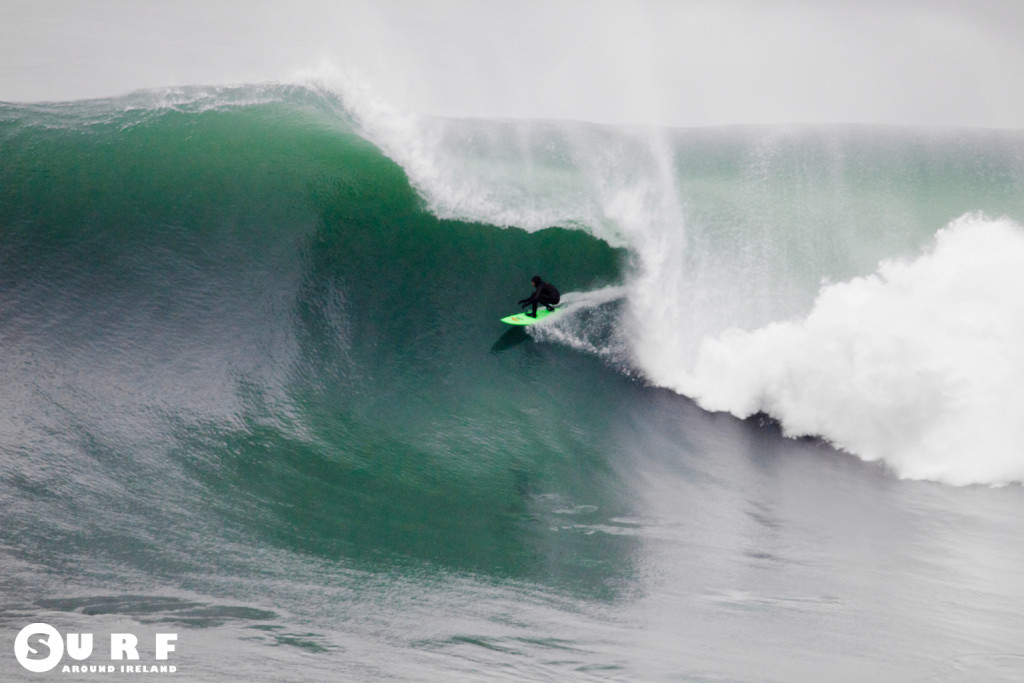 Patch Wilson Bagged the most barrels 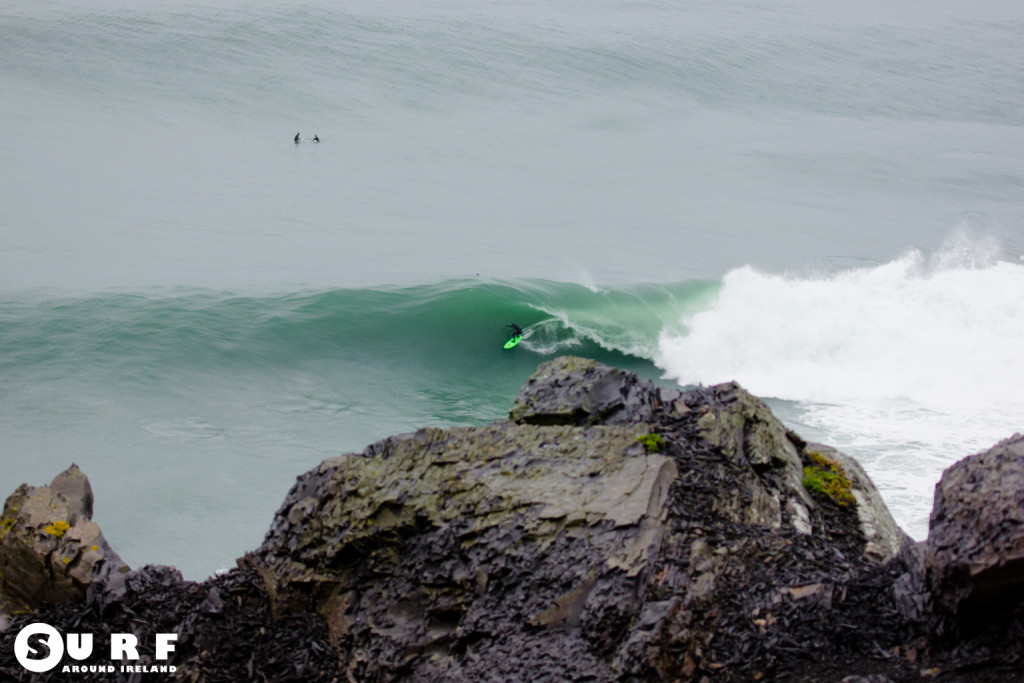 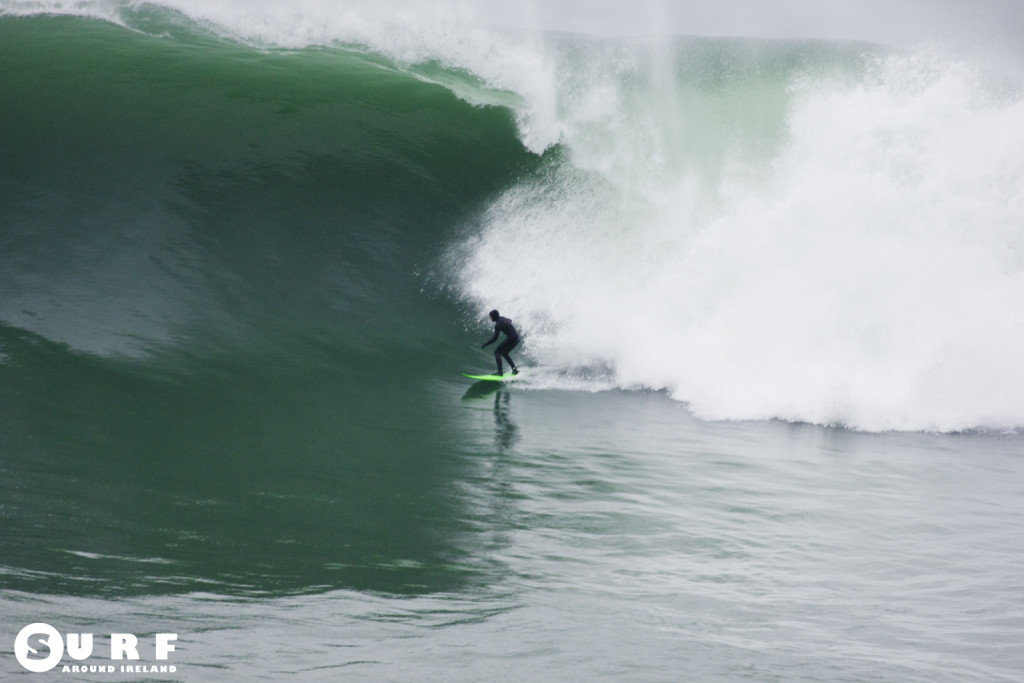 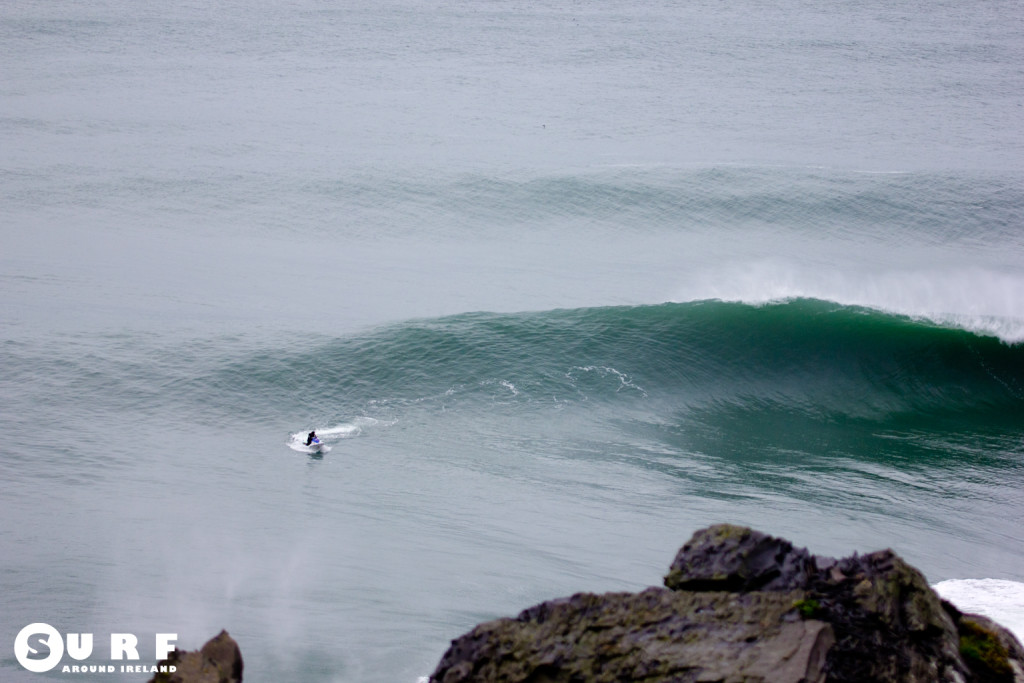 Peter Conroy & Seamus O Riain on Jet Ski Safety check out the size of that cavern! 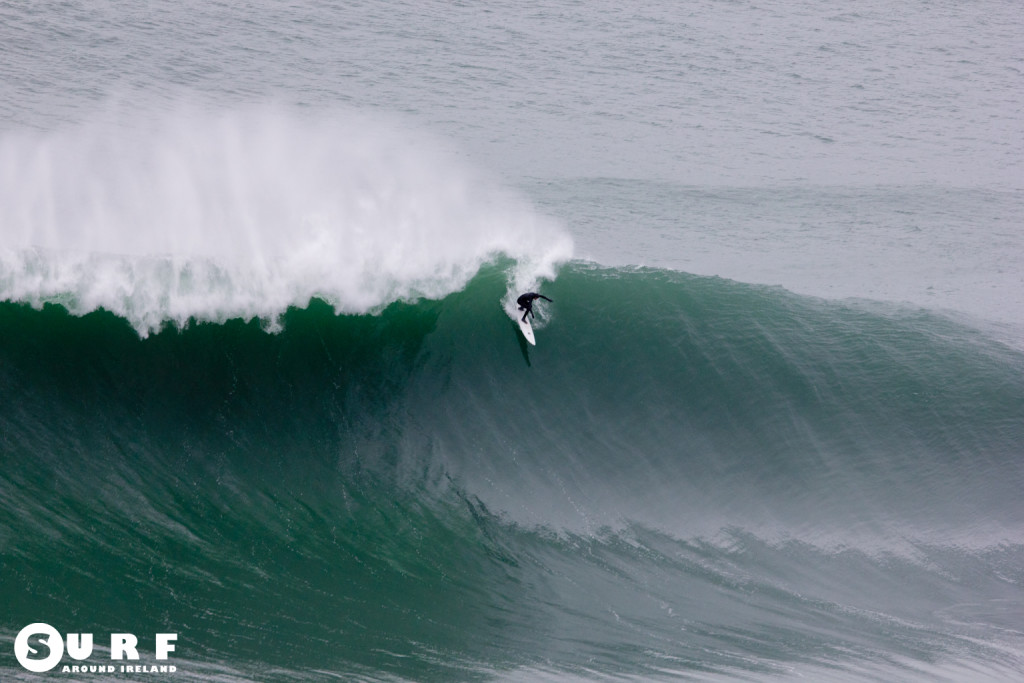 Pete from Denmark fancied a left

Wave of the Day to Juan Teran 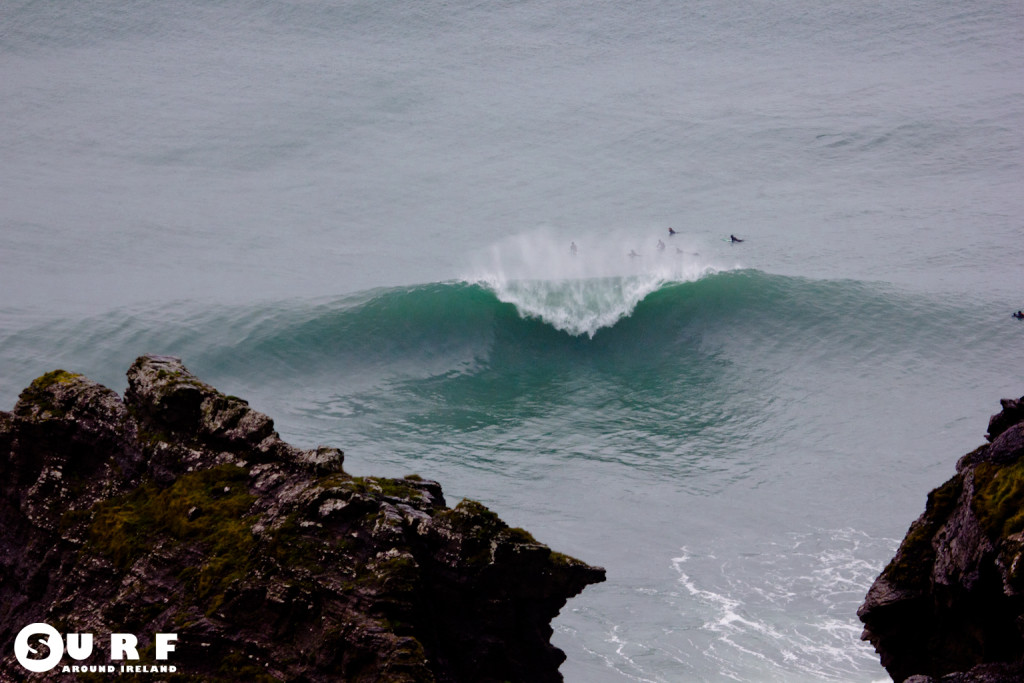 One last glimpse from the top before heading home to dry out!

Surf Ireland-One Day of Reef Perfection in the North West