French surf photographer, François Pelé,  follows his dreams to this Irish Slab and comes away with a longing for more.

His photos are mainly shot on Film with a few digital shots included in this Gallery. Francois returns to Ireland next week to chase some more raw Atlantic Swell. If you like what you see, follow his work on Facebook and on his blog where he is more active. 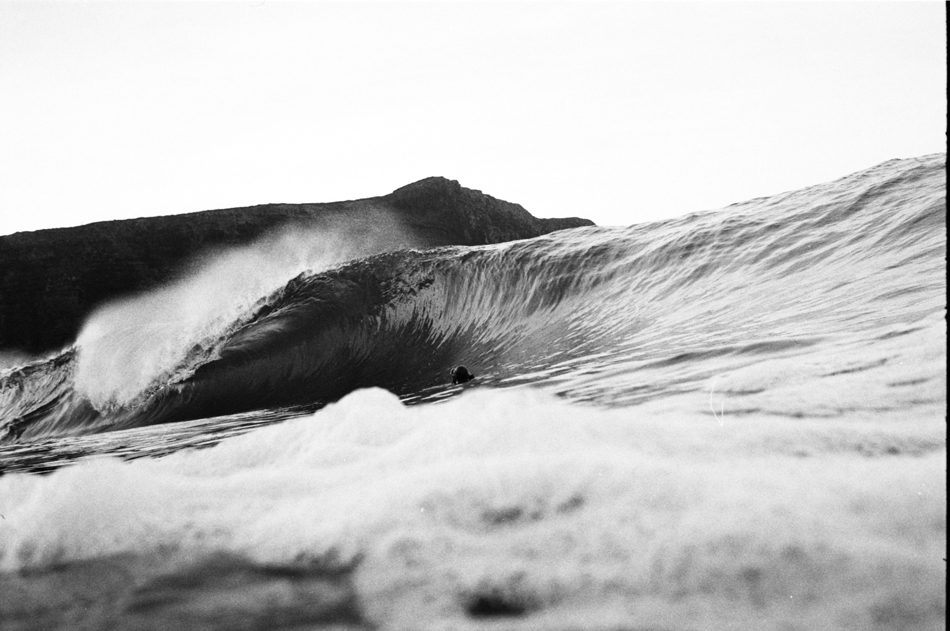 “Early October, I was driving down south to Country Clare after one month hitting the road around the beautiful counties of Sligo and Donegal in search of  dreamy Irish point breaks and remembering how September was generous to me.

For this last week before going home, I really wanted to return to Clare. I consider this rocky part of the country as one of the most magnetic and fascinating places in Ireland, the Cliffs, the Burren, the Kenny’s bar…

A new swell was on the way and as a contemplative water-photographer I also wanted to be present to shoot again this special local slab. I got my first intense connection with it weeks before but I couldn’t detach those perfect visions from my mind. I definitely had to go back.

Down at Doolin the day before, I met some travel mates and after the day surfing and chilling around the town we went for a drink in the local pubs. I knew that I wanted to stay fresh for the next day but being only human I went for another drink, then another one, then another…I woke up a few hours later with glued eyes and a fillet of Guinness in the corner of the mouth. I couldn’t miss the morning session, without flinching I hit the road down to the spot. 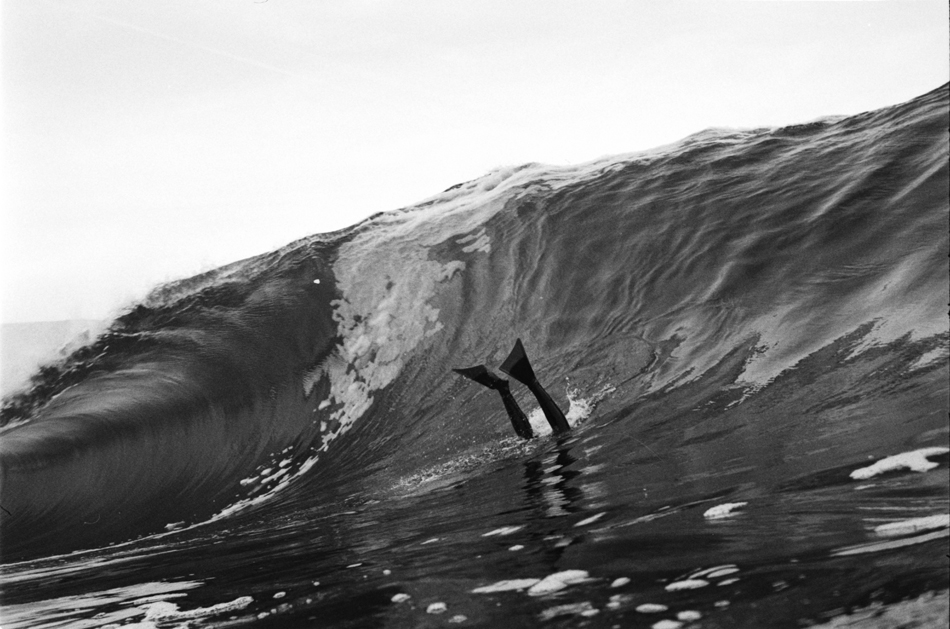 Angry farmer, dramatic cliffs and offshore winds, the break was pumping! I went straight into the water with my small camera and my hangover. Then I realized that it was serious. Not as heavy as the locals usually charge it in bigger days, I guess, but enough to tell me that I shouldn’t have accepted that last pint last night…Fortunately the swell was well-oriented and after a while, blood and brain filled with adrenaline, I got into the wave’s rhythm and got myself together. I spent the next half hour, floating between those solid sets, mesmerised by what was happening in front of my eyes. Dreams for some are to get to those distant exotic barrels, mine was to feel and capture this cold-water raw beauty, and for this trip I was fulfilled. 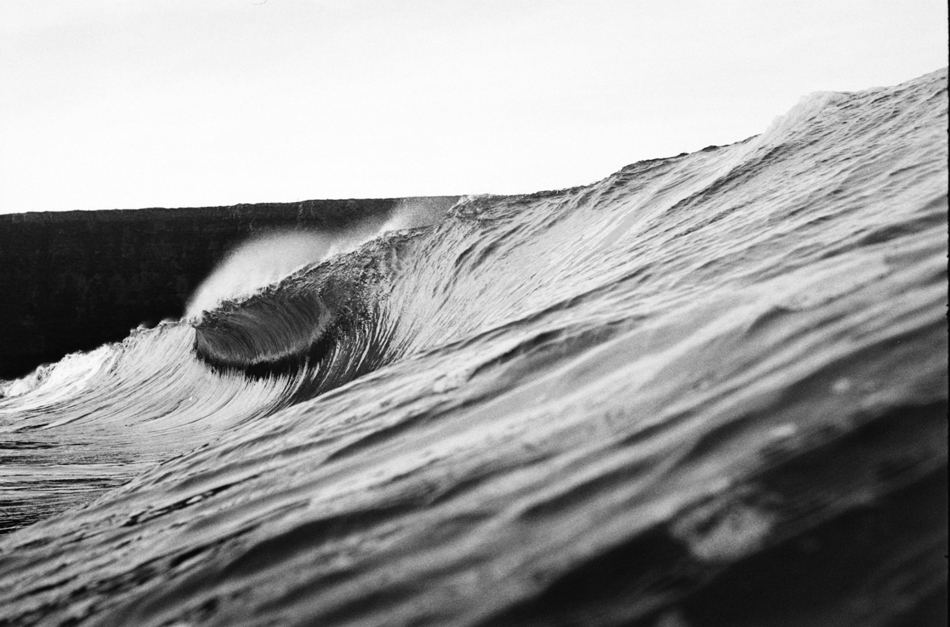 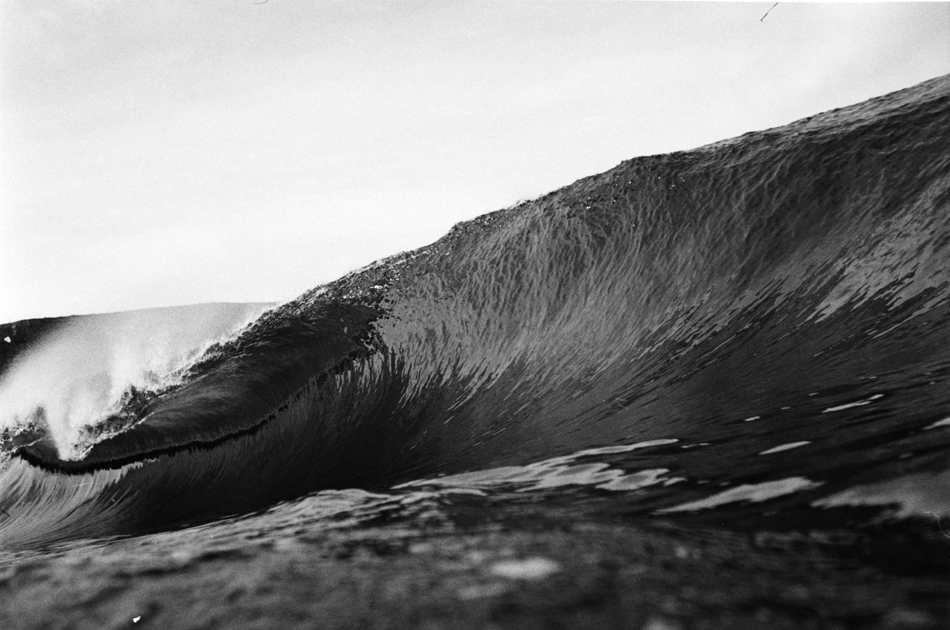 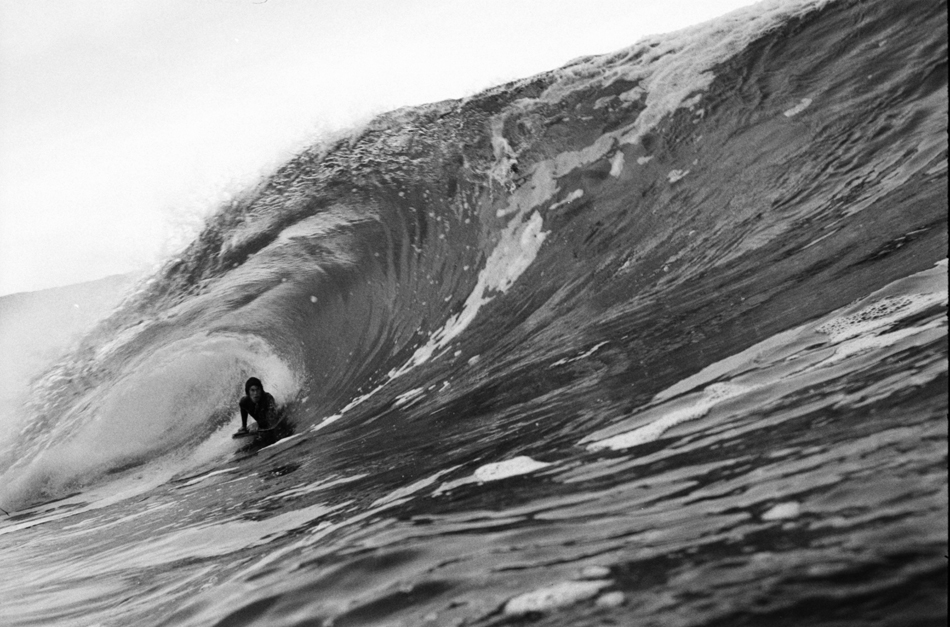 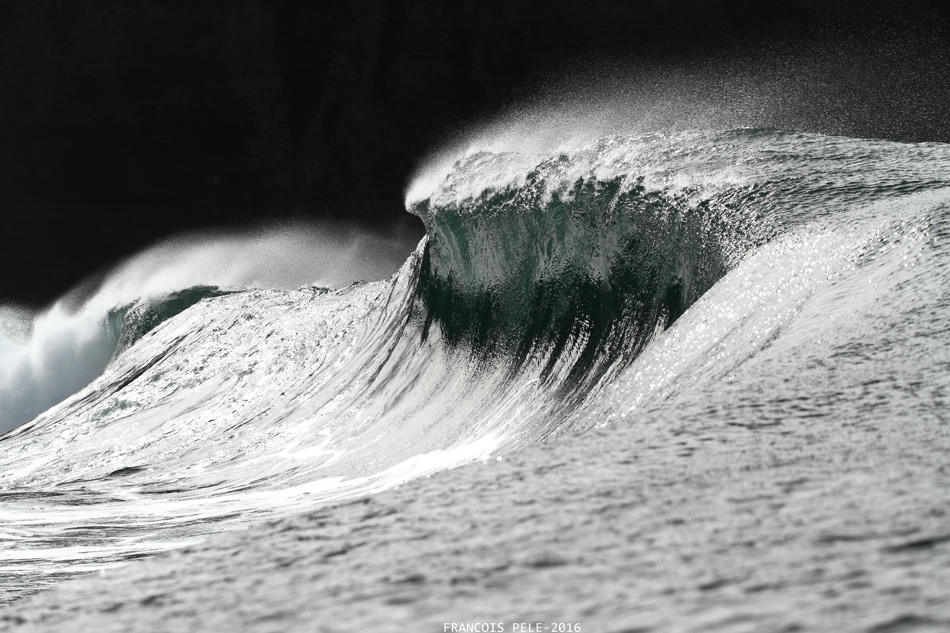 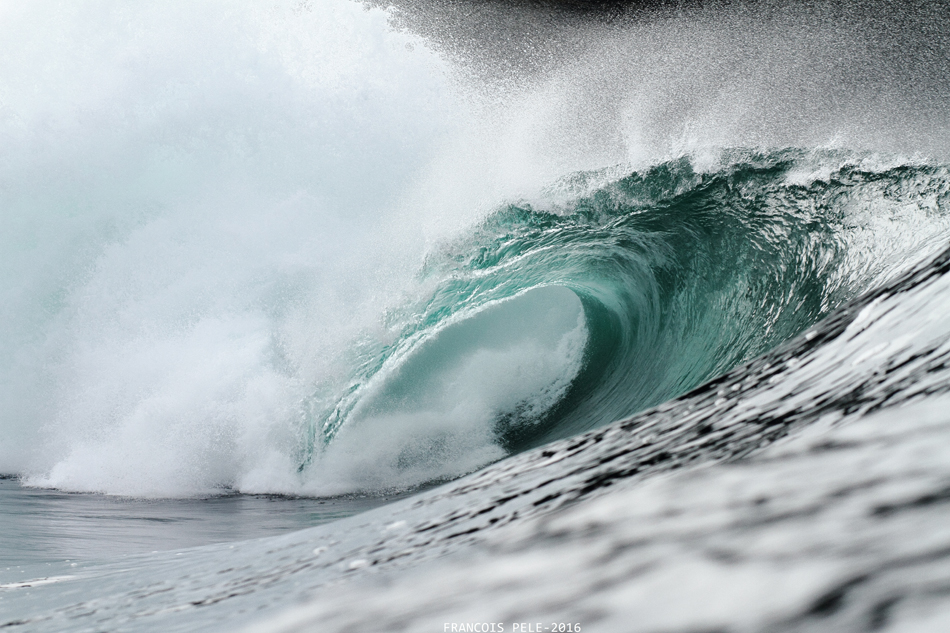 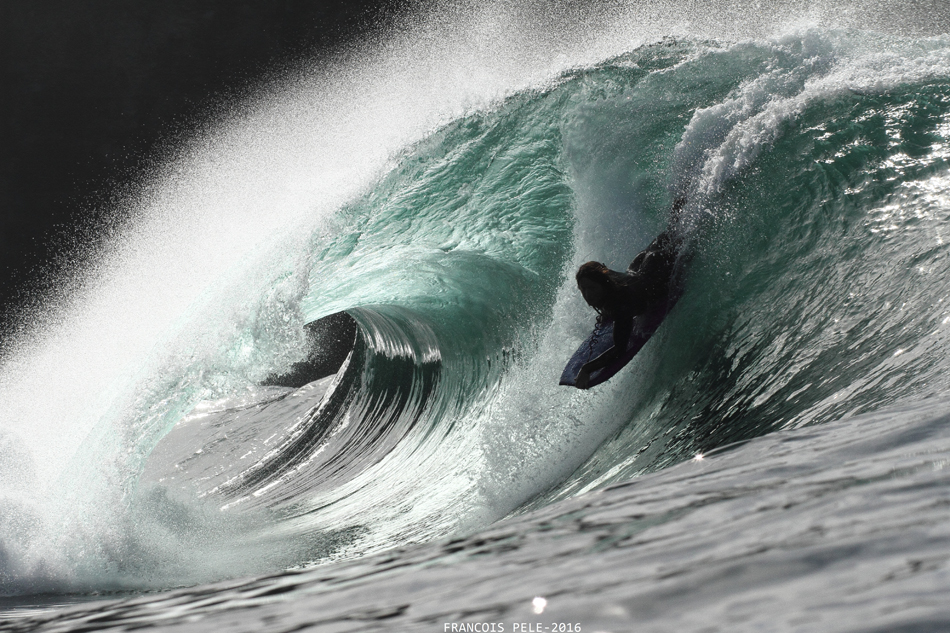 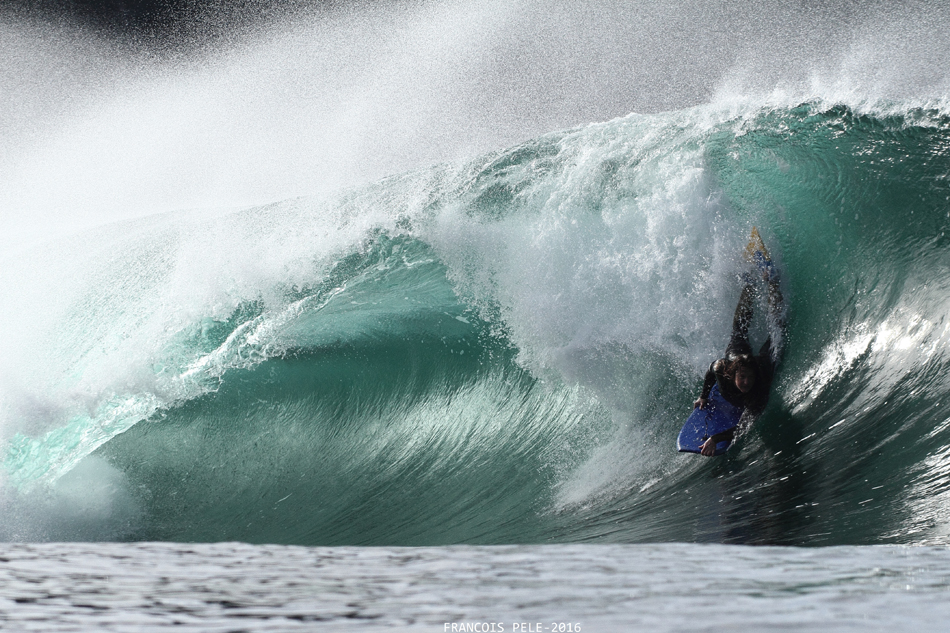 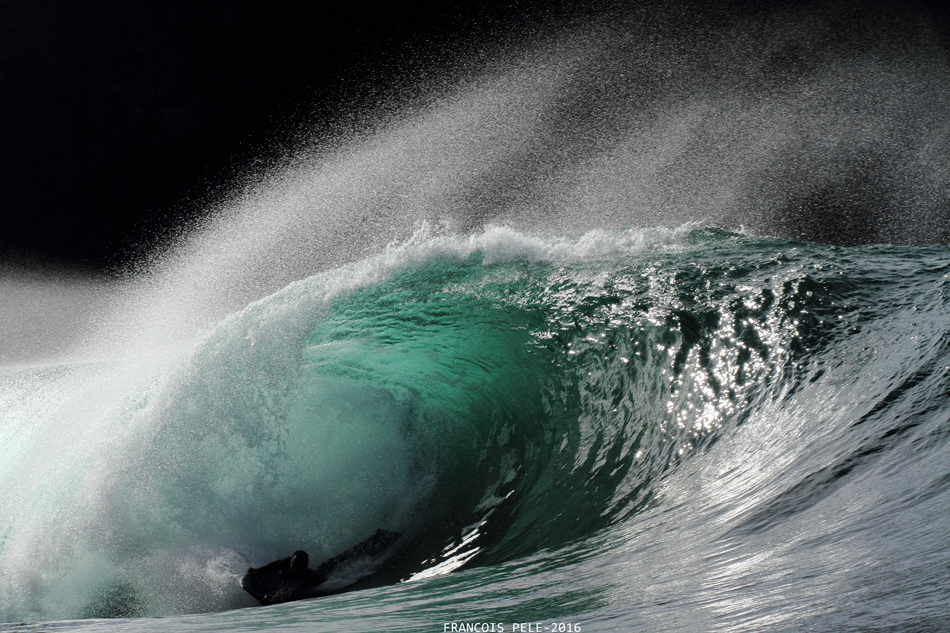 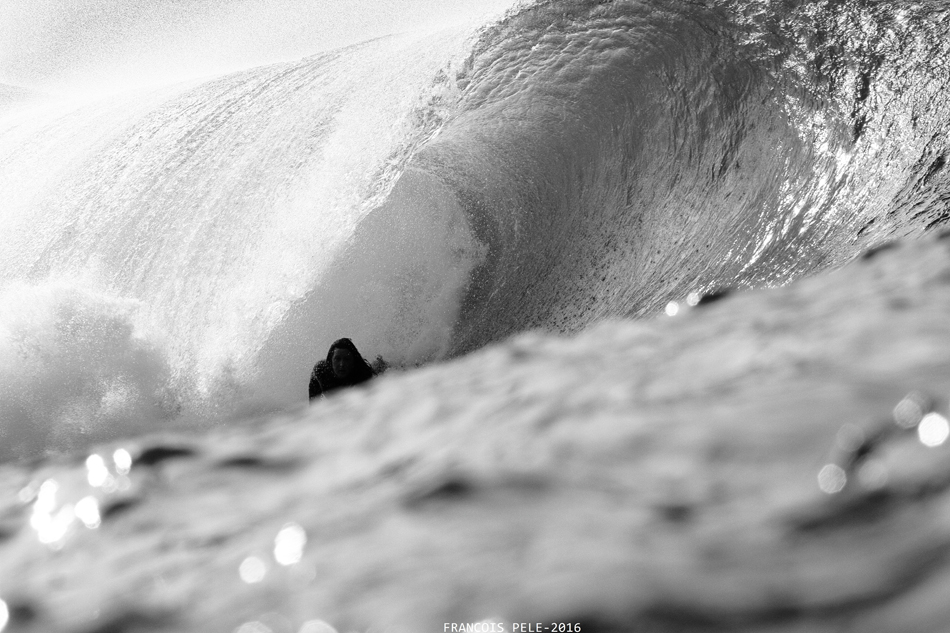 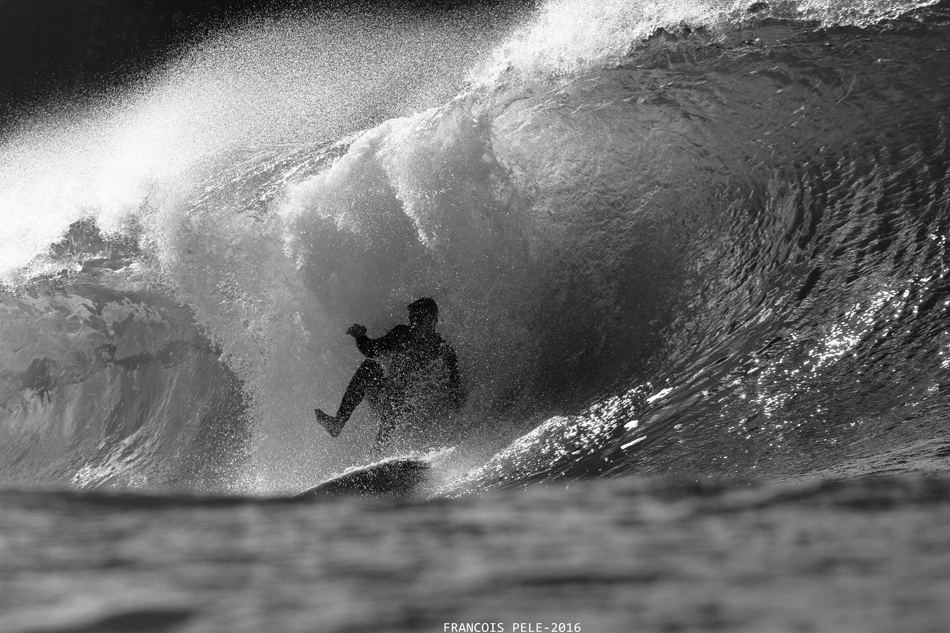 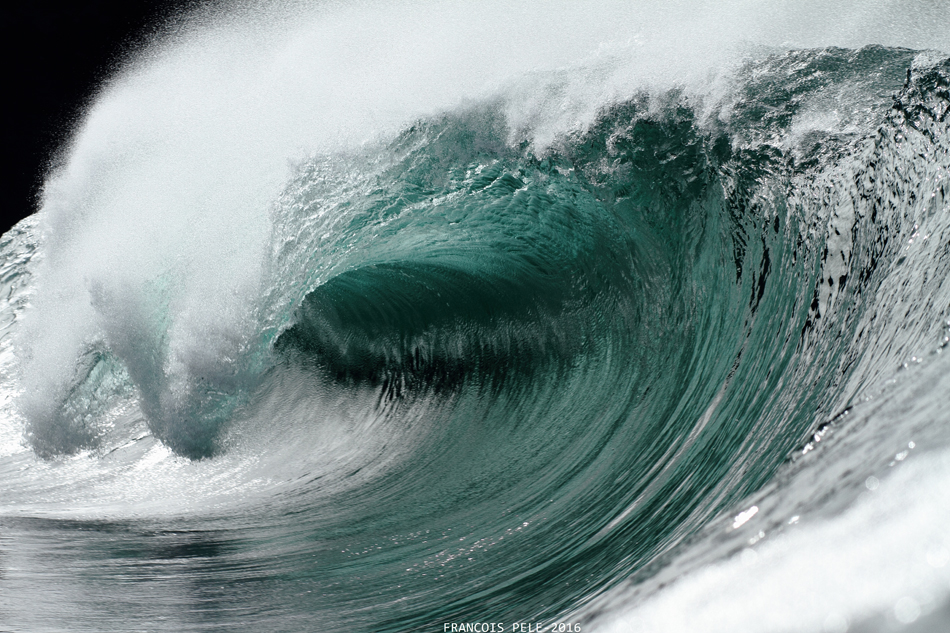 I came out of the water, frozen and dehydrated. I left those spectacular surroundings for a good breakfast, visited a hill farm full of awake workers, found another endless point-break to ride and finally joined again my fellow travel mates and being only human we went straight away to have a crack! (yes I managed to place it!)
Love Eire, I will be back”