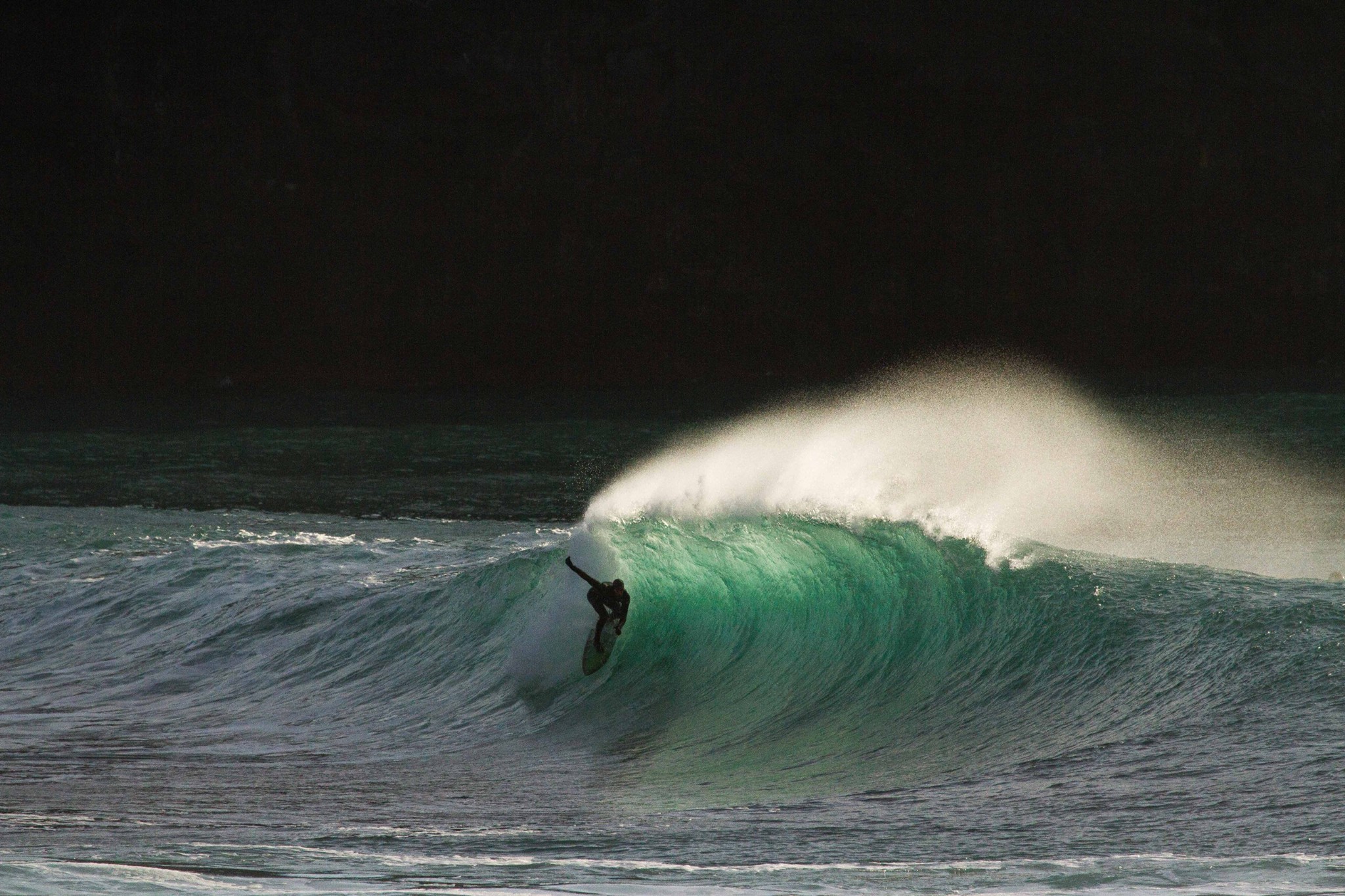 Directed by award-winning filmmaker Ross Whitaker (When Ali Came to Ireland, Saviours, Unbreakable: The Mark Pollock Story), Between Land and Sea is a year in the life of an Irish surf town at the mercy of the Atlantic Ocean.

This observational feature – at times intimate, at times epic – embeds itself in the Big Wave surf community to present a thoroughly engaging and visually stunning portrait of the ever-changing life at land’s end.

The decisions we make early in life can have consequences more far-reaching than we imagine when we make them. Young surfers dedicate their lives to the ocean, consumed by the excitement and beauty on offer but how can they balance that with the inevitabilities of later life – money to earn, mouths to feed?

Against the backdrop of Ireland’s stunning west coast, this film digs deep into the day to day lives of the surf community, taking the audience beyond the bluster of the typical adrenaline fueled film to create a very real portrait of those who choose the surf lifestyle.

Directed by Ross Whitaker and featuring some of the biggest waves and best surfers in Ireland – as well as a thrilling cameo by Hawaiian legend Shane Dorian –Between Land and Sea succeeds in being exhilerating while giving a moving, humourous and thought-provoking account of the ocean-going natives of West Clare.

Ross Whitaker: “I’m delighted to be bringing Lahinch and its folk to screens around Ireland as I found it to be a surprisingly special place. I set out to make a different kind of surf film, one that went beyond the hype of some surf films to find the quiet truth of what it means to choose to be a surfer, how it impacts your entire life in myriad different ways. Living at the edge of the Atlantic in Ireland’s wild west is hard – rain is heavy, winds are strong and waves are monstrous. But for the right person it’s a cold paradise living along that incredible coastline.”

Ticket and venue info will be available from www.betweenlandandsea.com